Students Fight for the Arts with Wilde - News

The Digital Play will Raise Money for Struggling Theatres and Creatives 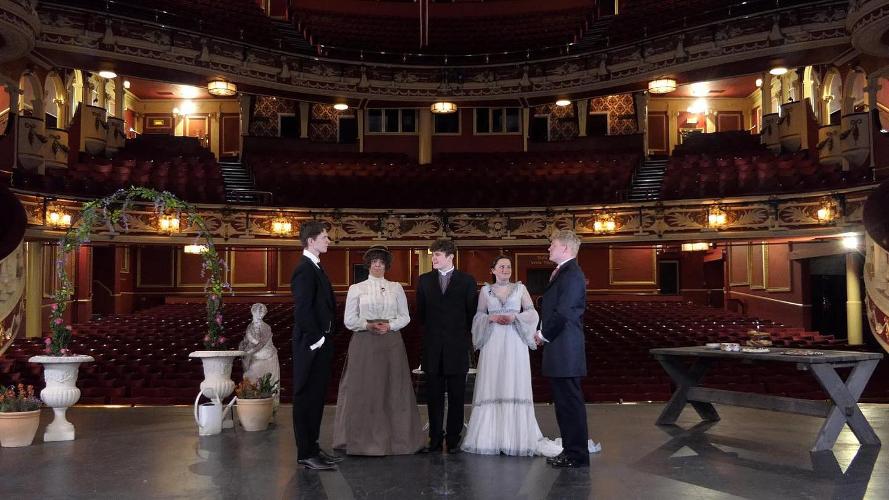 A new twist on Oscar Wilde’s The Importance of Being Earnest is set to take the digital stage. This performance, a production by up and coming director, Adam Kinneen, is the result of months of dedication by an ambitious group of students from the Newcastle University Theatre Society. The play is performed and filmed at the Sunderland Empire and the streamed show will serve as a  fundraiser for Acting for Others, a national charity that gives those working in the entertainment industry much-needed financial and emotional support.

The charity production offers Wilde’s most widely-loved and recognised play with a twist. The playwright himself will be introduced as a character at three intervals during the performance.  These scenes, which are written by the director, Adam Kinneen, draw on Wilde’s letters and words,  giving an unseen insight into his life. They track his magnificent rise to stardom, from the successes of The Picture of Dorian Gray and The Importance of Being Earnest, to his heartbreaking downfall following revelations about his sexuality. The entire production will also be performed against the backdrop of the 2,000 empty seats of the magnificent Sunderland Empire,  symbolically calling attention to the suffering of the arts industry throughout the Covid-19 crisis.

The work that Acting for Others does for people who are in need of support, financial or otherwise, is crucial in order to maintain the momentum of the UK’s arts industry. The profits made from ticket sales to The Importance of Being Earnest will go to his very necessary charity, helping to secure the future of the UK’s talented pool of artists and creatives.

Tickets to this charity production of The Importance of Being Earnest are on sale. The performance will be available on Stream.Theatre/Broadway on Demand UK from JULY 2nd to JULY 16th, with ticket holders having access to it throughout this period.