The release of the world premiere concept recording 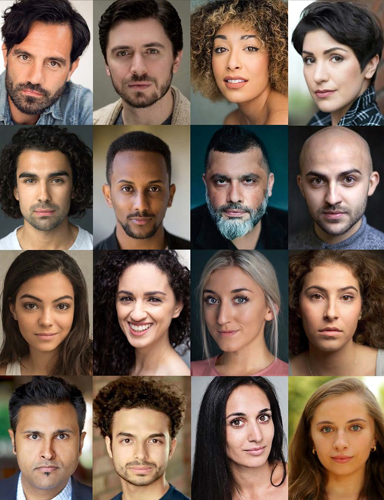 Broadway Records has announced the release of the world premiere concept recording of RUMI: THE MUSICAL by Dana Al Fardan and Nadim Naaman, about the 13th-century philosopher and poet Rumi. The recording stars Tony Nominee Ramin Karimloo (Anastasia, Les Miserables, Love Never Dies) and Nadim Naaman (Phantom of the Opera, Broken Wings), heading a West End cast comprising entirely of performers of Middle Eastern, North African and South Asian heritage. The album is available wherever digital music is sold and on BroadwayRecords.com.

RUMI: THE MUSICAL is the next musical from the writing team of Dana Al Fardan (one of the Middle East’s leading contemporary composers) and Nadim Naaman, and follows their 2018 West End debut Broken Wings, which premiered at the Theatre Royal Haymarket before touring the Middle East. A story about Rumi by Evren Sharma serves as the source material.

The legacy of Rumi has touched millions around the world and continues to make an impact in its universality and utilitarian nature; a legacy which has lasted eight centuries and has inspired all nationalities, ages, faiths and backgrounds. RUMI: THE MUSICAL tells the story of the transformative and powerful relationship between Rumi and his mentor Shams Tabrizi. From their first encounter, it is clear that Rumi and Shams were destined to converge for greatness; two highly contrasting but brilliant minds, both seeking a higher purpose. However, the impact of this extraordinary friendship on Rumi’s loyal wife, Kara, her daughter Kimya and his sons, Sultan Valed and Aladdin is clear, inviting resistance from Rumi’s faithful following with increasingly intense and dramatic consequences. What was the price, that the world might receive the gift of Rumi’s genius and spiritual legacy?

“Writing RUMI: THE MUSICAL has been the ultimate journey in unravelling components that are socially constructed from those that form our own personal truth and consciousness,” said composer Dana Al Fardan. “In light of our shared experience this year, with the world falling into disarray, it has been an incredibly powerful and uplifting experience to retreat to that place and discover the abundant creative force that it offers. I am confident that we have created a framework that will offer the audience the chance to tap into that place on some level.”

“Nearly three years after writing the first song, we are excited to share RUMI with the world.” said co-composer Nadim Naaman. “The journey has not been what we anticipated, but I am most proud that we have created and recorded this piece in spite of the adversity of Covid 19, working remotely across continents. The show’s integral themes of personal discovery, reflection and the pursuit of fulfilment have been lived and breathed worldwide due to the pandemic, and the messaging of this piece is perhaps even enhanced as a result. We thank our entire team and magnificent cast for their support, patience and enthusiasm along the way.”

RUMI: THE MUSICAL was recorded in London and Doha throughout the Covid-19 pandemic and highlights a score combining Middle Eastern authenticity with classical influences and contemporary musical theatre, with lyrics derived from Rumi’s poetry.

2. I Saw The Sun (Nadim Naaman and Company)

4. Only Us (Soophia Foroughi and Nadim Naaman)

5. When (Casey Al-Shaqsy and Ahmed Hamad)

6. Say Who Am I (Ramin Karimloo, Nadim Naaman and Company)

19. The Moon Of Your Heart (Casey Al-Shaqsy and Ramin Karimloo)

21. I Will Be With You (Soophia Foroughi and Ahmed Hamad)

Rumi was a 13th-century Persian poet, Hanafi faqih, Islamic scholar, Maturidi theologian, and Sufi mystic originally from Greater Khorasan in Greater Iran, Rumi’s influence transcends national bor- ders and ethnic divisions: Iranians, Tajiks, Turks, Greeks, Pashtuns, other Central Asian Muslims, and the Muslims of the Indian subcontinent have greatly appreciated his spiritual legacy for the past seven centuries. His poems have been widely translated into many of the world’s languages and transposed into various formats. Rumi has been described as the “most popular poet” in the United States.

Dana Al Fardan (Music and Lyrics) Dana Al Fardan is a Qatari composer, songwriter and symphonic artist. Drawing on her rich cultural heritage and influenced by her love of world music, her work is a blend of Arabic influenced contemporary classical, both epic in scale and universally accessible. Dana is brand ambassador of the internationally renowned Qatar Philharmonic Orchestra, with whom she recorded ‘Layla’ and ‘Sandstorm’, her first two albums. ‘Sandstorm’ has since been played by The London Metropolitan Orchestra at the Theatre Royal Haymarket in London, bringing Qatari music to a UK audience for the first time. In musical theatre, Dana co-composed Broken Wings with Nadim Naaman; an adaptation of Kahlil Gibran’s debut novel. Broken Wings premiered in the West End in 2018 at Theatre Royal Haymarket, and has since toured The Middle East (Beiteddine Arts Festival, Katara Opera House and Dubai Opera House), achieving sell-out runs and critical acclaim. In October 2019, Dana’s repertoire was performed at The United Nations to mark the annual UN Day and celebrate the UN’s 74th anniversary, featuring the Qatar Philharmonic Orchestra. The programme was Conducted by Eimeer Noon, who went on to conduct The Oscars that same year. Currently, Dana is also working on her score for feature film ‘Orca’ and her fourth album ‘INDIGO’.

Nadim Naaman (Book, Music and Lyrics) Lebanese-British actor, singer and writer Nadim Naaman trained in musical theatre at The Royal Academy of Music, where he has since been appointed an Associate. Nadim is the book writer and co-composer of critically acclaimed Kahlil Gibran musical Broken Wings, written with Dana Al Fardan. Broken Wings premiered in The West End in 2018 (Theatre Royal Haymarket) and has since toured The Middle East (Beiteddine Arts Festival, Katara Opera House and Dubai Opera House). Recent acting credits include: Count Carl-Magnus in A Little Night Music (Holland Park Opera), Raoul in The Phantom of The Opera (West End, Athens and Thessaloniki) and Gibran in Broken Wings (West End and Middle Eastern Tour). Other notable credits include: On The Town (Royal Albert Hall, BBC Proms), Sweeney Todd (Tooting Arts Club and West End), One Man Two Guvnors (Theatre Royal Haymarket), and The Sound of Music (Palladium). As a Soloist, Nadim’s Concert work has taken him around the world, collaborating with Orchestras and venues such as The Hong Kong Philharmonic, Birmingham Symphony, Concertgebouw Amsterdam, RTE Concert Orchestra Dublin, Liverpool Philharmonic, The John Wilson Orchestra, London Symphony and BBC Proms at The Royal Albert Hall. Nadim’s 2016 studio album, ‘Sides’, topped the iTunes UK Vocal Chart, and is available on iTunes and Spotify.

Broadway Records is the leading, Grammy® winning record label dedicated to releasing the most popular and current Broadway cast recordings, as well as preserving legacy musical theatre and theatre vocalists repertoire. Under the leadership of Broadway Records’ president and founder Van Dean, recent releases include: If The Fates Allow: The Hadestown Holiday Album, Lea Salonga Live In Concert with the Sydney Symphony Orchestra, Breathe with an all-star cast including Tony Award-winners Kelli O’Hara and Brian Stokes Mitchell, the Broadway star-filled concept albums of Little Black Book, In Pieces and Stone Crossed, Legacy: Two Song Cycles by Ahrens and Flaherty, Georgia On My Mind with an all-star Broadway cast, Tony Award-winning revival of The Color Purple, the Tony Award® winning and Grammy® nominated revival of Once On This Island, the Grammy® nominated Matilda The Musical, Fiddler on the Roof (2015 revival) and My Fair Lady (2018 revival), Anastasia, Bandstand, Groundhog Day, The Lightning Thief and NBC’s television events, “The Wiz Live!” and “Peter Pan Live!”. The label’s critically-acclaimed “Live at Feinstein’s/54 Below” series features top Broadway stars including Patti LuPone, Aaron Tveit, Annaleigh Ashford, Norbert Leo Butz, Sierra Boggess, Laura Benanti, Emily Skinner & Alice Ripley, Adam Pascal & Anthony Rapp, Micky Dolenz and many others. Broadway Records has partnered with the Black Theatre Coalition to create Black Writers Amplified (to be released in late 2021), an album consisting entirely of new works by Black musical theatre writers. This project to immediately take steps toward significantly increased representation of Black writers in musical theatre and support new voices and emerging Black talent. Broadway Records philanthropic endeavors also include the "Broadway For Orlando: What The World Needs Now is Love", "We Are The World" by Broadway United and "Broadway Kids Against Bullying: I Have a Voice" music videos and From Broadway With Love benefit concerts for Sandy Hook, Orlando (Emmy Award for Sound) and Parkland. www.BroadwayRecords.com 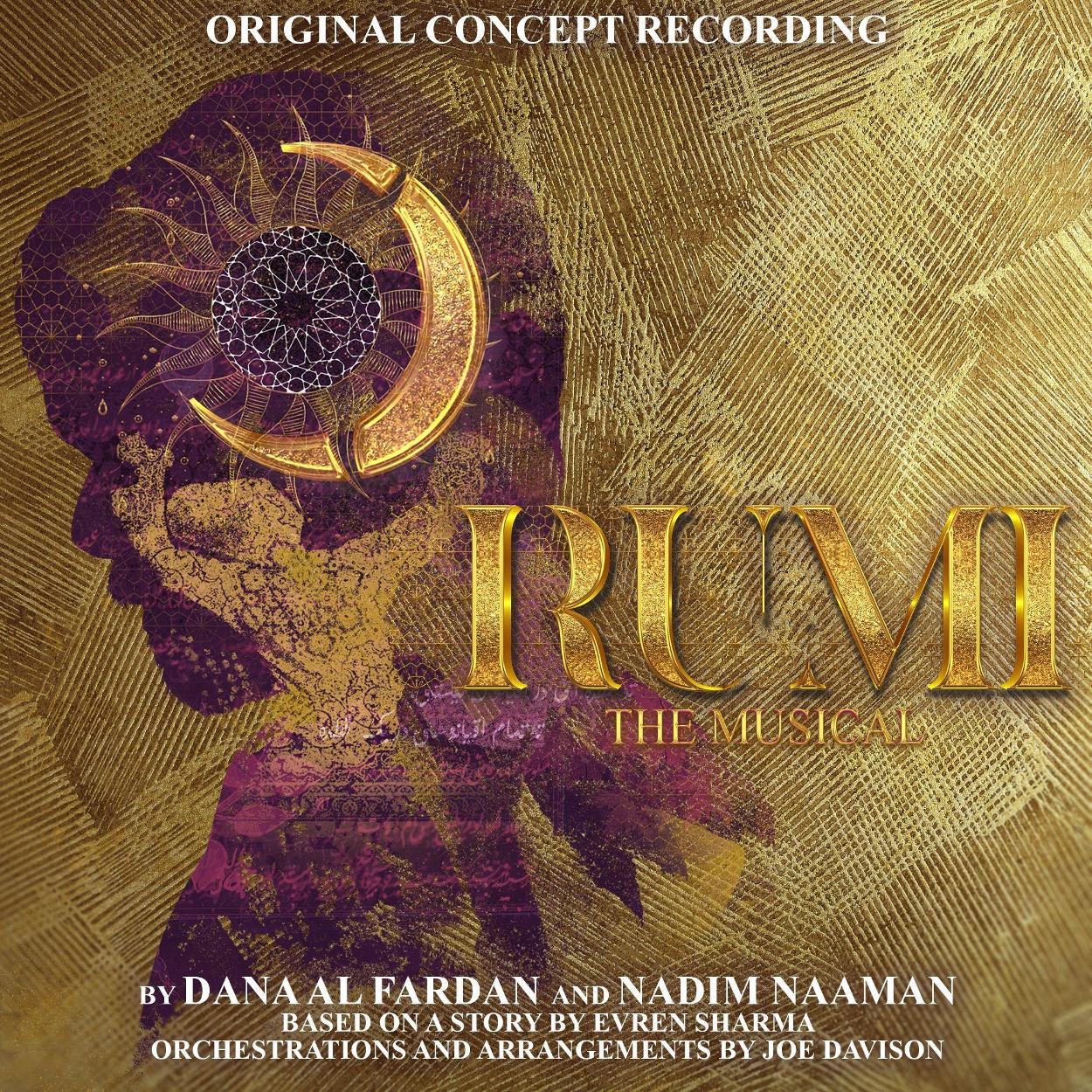