The producers have confirmed the show will go on 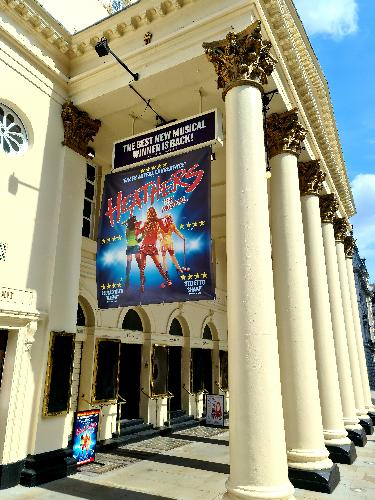 The musical Heathers will open in the West End next week with social distancing taking place, the production has confirmed.

The  Theatre Royal Haymarket  (photo) is getting ready for the strictly limited 12-week run.

Leading the cast is Christina Bennington (Bat Out Of Hell) in the role of high school geek Veronica Sawyer and Jordan Luke Gage (& Juliet) as the dark and moody teen, Jason Dean (JD).