The trailer is here! 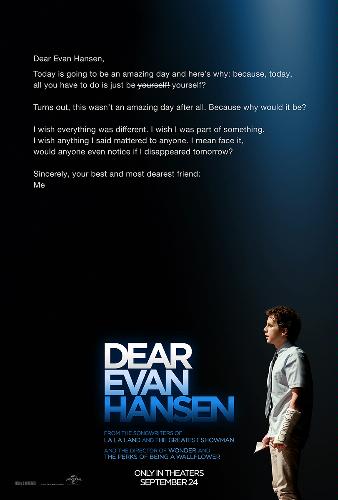 The first trailer of "Dear Evan Hansen" the movie has been released.

Steven Levenson will pen the script from his original stage version, with Stephen Chbosky (The Perks of Being a Wallflower) directing. Music and lyrics are by Benj Pasek and Justin Paul.

The "Imagine" singer also revealed that he "100 per cent" plans to return to Broadway soon: "My current dream is to do something that isn't a musical...the idea is a straight piece of theatre without having to worry about my voice. I'd love to do a classic, maybe Amadeus, or Shakespeare."

Dear Evan Hansen will be released in UK cinemas on 11 October, two weeks after its US premiere.

Here you can watch the full trailer