A new revival and a world premiere 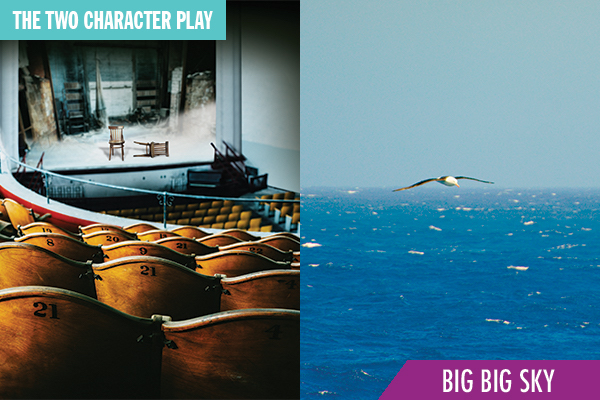 Tennessee Williams’ The Two Character Play will run from 17 July until 28 August.  Sam Yates will direct this innovative, psychological thriller by one of the world’s great dramatists which originally premiered at the theatre in 1967.  Yates is making a highly anticipated return to the theatre following his Olivier-nominated production of The Phlebotomist (2019).  The world premiere of Big Big Sky, by Tom Wells will also run from 30 July until 11 September at Hampstead Downstairs.  This beautifully tender new play which explores nature’s influence on love, friendship and family will be directed by Tessa Walker, Hampstead Theatre’s new Associate Director.  Both productions will remain as originally sold, with reduced capacity and social distancing, for the duration of their runs should national restrictions be lifted. Tickets will go on sale from Thursday 20 May at 1030am at hampsteadtheatre.com.

Both productions will feature socially distanced seating and audience caps for the duration of their runs, even if there is a further easing to national restrictions.

"Tennessee Williams was at the height of his when he chose to offer the world premiere of The Two Character Play, a very personal play, to James Roose Evans to direct. It speaks volumes of the regard in which he held Hampstead as a leading artistic space for experimental work and I am excited by Sam's vision for this gem from our Originals series.