Dear Evan Hansen is back - News

The show reopens in October 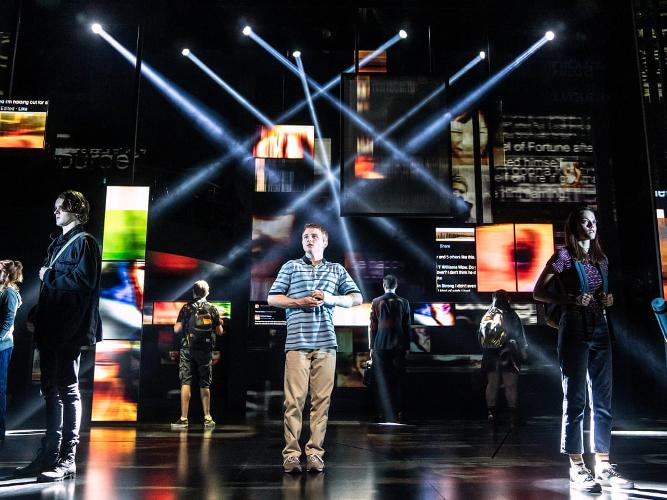 The London production of Dear Evan Hansen, which won the 2020 Olivier Award for Best Musical, will reopen at the Noël Coward Theatre on 26 October 2021. Tickets for the West End production will go on public sale on 18 May 2021 with tickets for the Broadway and touring productions now on sale.  For tickets to all three productions, visit www.dearevanhansen.com

In addition, Mindich announces that the Broadway production will open on 11 December 2021 when the Tony Award-winning Best Musical will return to its home at the Music Box Theatre five years after its original Broadway opening.

The third year of the record-breaking North American Tour will relaunch on 7 December 2021 in Greensboro, North Carolina before visiting more than 30 cities across the US and Canada in the 2021/22 season.  For a full list of tour cities and venues, visit www.dearevanhansen.com

“It’s a remarkable feeling to put plans in place to relaunch all three Dear Evan Hansen companies, though we, like everyone in the theater industry, are facing considerable challenges,” Mindich said. "We will proceed safely and smartly to ensure a safe and equitable workplace for everyone when we return, and protect our cast, crew and audiences amidst a world forever changed and continuously evolving due to both the global pandemic and the cultural and racial reckoning. We hope that Dear Evan Hansen’s message of human connection and acceptance will feel more vital than ever.”

As part of the relaunch, Mindich has promised that, with the help of their mental health not-for-profit partners in the UK and the US, all three productions will hold a special night in their first weeks of performances to honor mental health care workers and volunteers, who will be invited to attend as guests.

“Mental well-being has become a core part of our show’s narrative over the years, and we hear from so many audience members about how the show has helped them on their own journeys to mental wellness,” Mindich said. “We have had long-standing relationships with some of this countries and the United Kingdom’s mental health not-for-profits and we want to honour the mental health care workers and volunteers who have worked tirelessly through these trying times.”

Obtaining Government backed contingency insurance to protect against further unscheduled closures remains a priority.  All plans for the re-opening of Dear Evan Hansen are in accordance with the Government’s latest directives and therefore subject to change.   While COVID guidelines and safety protocols are still being worked out, the intention is to open at full capacity.

Dear Evan Hansen opened at the Music Box Theatre to rave reviews on December 4, 2016, where it has broken all box office records.  It went on to win six 2017 Tony Awards, including Best Musical, the Drama League Award for Outstanding Musical Production, two Obie Awards, a Drama Desk Award, two Outer Critics Circle Awards and two Helen Hayes Awards. The show launched its First North American Tour at the Buell Theatre in Denver, Colorado in October 2018 and has since performed in more than 40 cities across North America playing for more than 1.5 million audience members.

The West End Production of Dear Evan Hansen opened at the Noël Coward Theatre in November 2019 and recently won the 2020 Olivier Award for Best New Musical, along with two other Olivier Awards. The show’s now-iconic blue polo and arm cast are part of the permanent collection of the National Museum of American History in Washington, DC.

The Grammy Award-winning Original Broadway Cast Recording of Dear Evan Hansen, produced by Atlantic Records, was released in February 2017, making an extraordinary debut on the Billboard 200 and entering the chart at #8 – the highest charting debut position for an original cast album since 1961 – and went on to win the 2018 Grammy Award for Best Musical Theater Album.