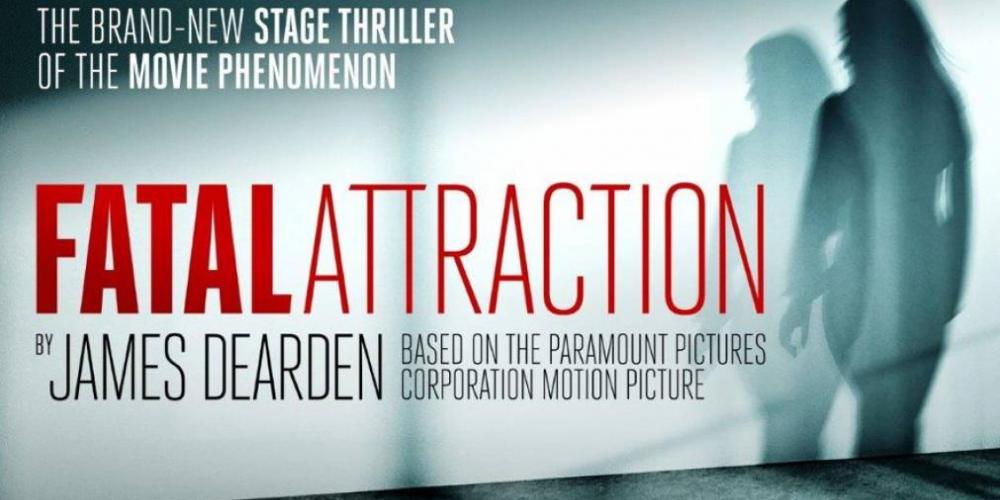 Smith and Brant Theatricals and Ambassador Theatre Group Productions have announced a new production of Fatal Attraction, based on the classic Paramount Pictures Corporation film.

Fatal Attraction is the latest grip-the-edge-of-your-seat thriller from the producers of the acclaimed tours of Patrick Hamilton’s Gaslight and Patricia Highsmith’s Strangers on a Train. Fatal Attraction is written by James Dearden, who based the stage play on his Oscar-nominated screenplay, which in turn was adapted from his 1980 short film, Diversion. Loveday Ingram will direct the production with a full casting announcement to follow.

One of the most iconic films of the era, Fatal Attraction was one of 1987’s highest grossing US Box Office release, securing six major Oscar nominations at the following year’s Academy Awards, including: Best Actress for Glenn Close’s mesmerising depiction of urbane sophisticate Alex Forrest, Best Supporting Actress (Anne Archer), Best Writing Adapted Screenplay (James Dearden), Best Director (Adrian Lyne), Best Editing, and Best Picture. Michael Douglas – at the peak of his Hollywood powers – was omitted from the list only as he was nominated elsewhere in the

Best Actor category for his role as Gordon ‘greed is good’ Gecko in Wall Street, which he went on to win. Fatal Attraction’s success was such that the film inspired a generation of psychosexual thrillers in the years that followed.

When happily married New York attorney Dan Gallagher, meets charming editor Alex Forrest on a night out in the city, they both commit to a night of passion they can’t take back. Dan returns home to his family and tries to forget the mistake he has made, but Alex has different ideas. Dan’s about to discover that love is a dangerous game, and Alex has only one rule; you play fair with her, and she’ll play fair with you.

Tipped to be provocative and gripping in equal measures, Fatal Attraction is a tale of seduction and suspense that asks the question; what happens when desire becomes deadly?