The show will be back in the West End 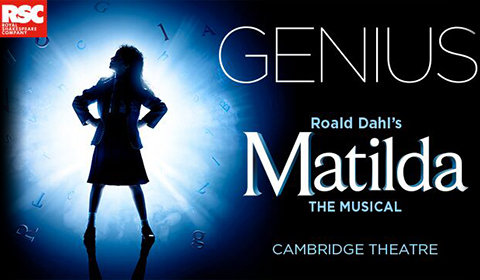 The Royal Shakespeare Company’s West End production of Matilda The Musical has announced that it will return to the Cambridge Theatre from 16th September 2021.

Seen by more than 10 million people across more than 90 cities worldwide, this autumn marks 10 years since the multi award-winning show opened in the West End. Matilda The Musical is now booking through to 13th February 2022.

Matilda The Musical is the story of an extraordinary little girl who, armed with a vivid imagination and a sharp mind, dares to take a stand and change her own destiny.

Adapted from Roald Dahl’s much loved 1988 book and commissioned by the Royal Shakespeare Company. Written by Dennis Kelly, with music and lyrics by Tim Minchin, and direction by Matthew Warchus, the production is designed by Rob Howell, with choreography by Peter Darling, orchestrations, additional music and musical supervision by Christopher Nightingale, lighting by Hugh Vanstone, sound by Simon Baker and the special effects and illusions are by Paul Kieve.

Full casting for the production will be announced in due course. Tickets on sale from Monday 10th May at 10 am.