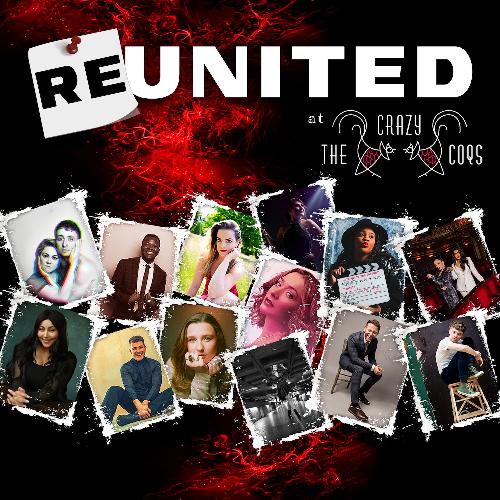 From the producers behind the hugely successful West End Live Lounge, and Unplugged at Crazy Coqs comes the exciting new festival, ReUnited at Crazy Coqs.

SMC Productions, (in collaboration with Crazy Coqs) brings you a series of concerts celebrating talent from the world of music, theatre, cabaret, comedy, and lots more. The festival runs from the 7th – 9th and 14th – 17th August 2021.

Full festival line-up is as follows:

Speaking of the event, producer Shaun McCourt said “I am so excited to be producing ReUnited at Crazy Coqs. After the chaotic year we have all just lived through, I can’t wait to reunite these amazingly talented performers with their peers and audiences alike. Like everyone, I have been so saddened by the decimation of our industry, so am delighted to create a festival of work that gets our performers back on stage where they belong! Crazy Coqs is the perfect venue for this intimate festival and I am thrilled to be working alongside their amazing team who have been pioneers in this turbulent time.”