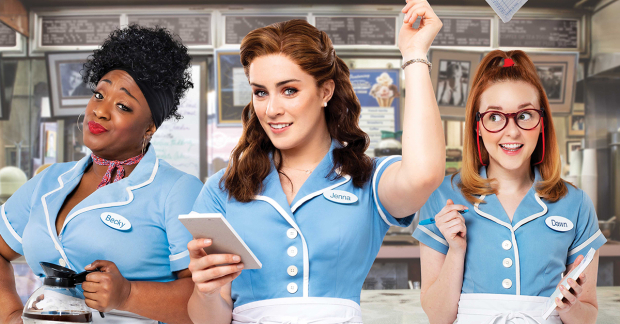 Casting has been revealed for the touring production of Waitress, which opens at the New Wimbledon Theatre on 4 September 2021.

The show will star Lucie Jones as Jenna, Sandra Marvin as Becky, Evelyn Hoskins as Dawn and Busted's Matt Willis as Dr Pomatter.

Jones will be doing the full tour through to August 2022, with Hoskins, Marvin and Willis performing until the Hull dates.

Waitress, based on the 2007 indie classic of the same name, hit the spot on Broadway and has been serving up a slice of musical delight at the London's Adelphi Theatre starting in February 2019. Jenna doesn’t have much going for her, she doesn’t mind her job as a waitress at the local diner but it isn’t going anywhere. Her relationship with her husband Earl is loveless and abusive. To escape it all she bakes, her pies are the talk of the town, but soon her pies aren’t the only thing about Jenna that have tongues wagging. Shortly after discovering she is pregnant, one of the last things she wants to be, Jenna begins an affair with her new gynaecologist, Dr Pomatter, who is also married. Jenna decides that she needs a way out and a pie baking contest and its grand prize is her way to get a new lease on life, but things don’t go exactly to plan.