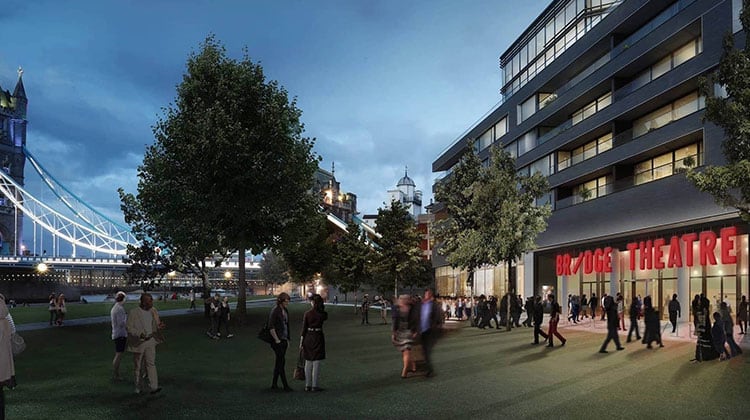 After a series of socially-distanced performances towards the end of 2020, the Bridge Theatrewill reopen its doors for a new season of work. Shows announced include Simon Russell Beale in Bach and Sons, as well as the London premiere of Suzan-Lori Park’s White Noise.

Nina Raine’s Bach and Sons will receive its world premiere at the Bridge Theatre, directed by Nicholas Hytner. The play dramatises the life the German composer, an influential musician with an impressive family too. But when fame and success get into their heads, what gives life its meaning?

Simon Russell Beale will play Johann Sebastian Bach, returning to the Bridge after appearing in A Christmas Carol opposite Patsy Ferran. Further casting is to be announced. Bach and Sons is at the Bridge from 23 June - 9 September, with a press night on 29 June.

After a 2019 premiere at the Public Theater in New York, Polly Findlay directs the European premiere of Suzan-Lori Parks’ White Noise. The political drama sees a friendship between four friends shaken when one is involved in a racially motivated incident with police officers. In a review for New York Theatre Guide, Kathleen Campion said: “The play is paced with precision, the performances flawless and engaging… Park’s gifts continue to surprise… Over and over, in the quick, spare dialogue, there are flashes of language redefined. You sit in the dark in awe of Ms. Parks.” White Noise is at the Bridge Theatre from 5 October - 13 November, with an official pening night on 12 October.

As well as plays, the Bridge Theatre and Barbican will co-present Flight once more from 17 May - 6 June. Based on Caroline Brothers’ 2011 book Hinterland, Flight tells the story of two Afghani men who embark on an epic journey across Europe. In a review for LondonTheatre.co.uk, Sam Marlowe said: "This unique method of delivery, coupled with the taut narrative, feels so intense that the effect is almost overwhelming. And it is so, so beautiful."

Bryony Lavery's stage adaptation of Philip Pullman's The Book of Dust - La Belle Sauvage will be presented at the Bridge Theatre from December 2021. Further details will be given later in the year.