A new home in Central London for the festival 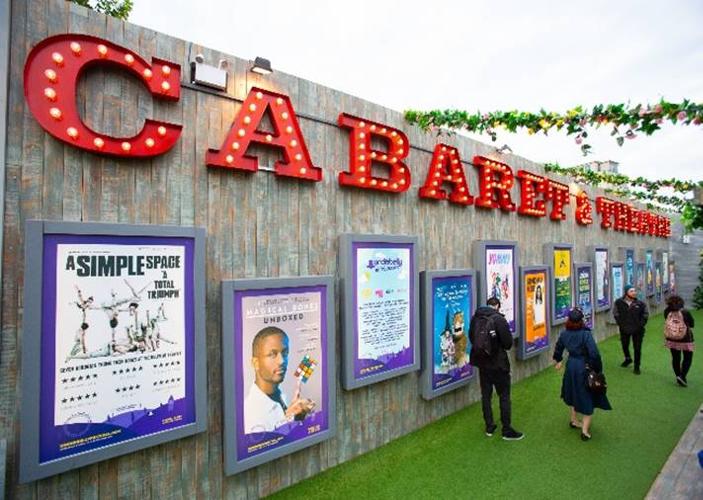 Underbelly Festival is set to return to London this summer with a brand new home in Cavendish Square in the heart of Central London’s Oxford Street District.

Underbelly have this week submitted a planning application for the festival to run every day from 01 July – 26 September, with free entry and access to the site.

A feast of fun and affordable live entertainment, great outdoor bars and street food, Underbelly Festival is one of the UK’s top summer festivals. The festival has been a London cultural icon for over a decade and is acknowledged to have been at the vanguard of the city’s ‘pop-up boom’ since opening on the Southbank in 2009.

Underbelly Festival will present a full programme of live performances in its beautiful Spiegeltent venue, with most tickets ranging from £6 to £18.  With its much-loved blend of cabaret, circus, variety and family entertainment, the festival’s cultural programme is known for being one of the most extensive and affordable in the country, with over 1.2M tickets sold to Underbelly Festival performances since first opening in 2009. The initial programme of shows will be announced and go on sale towards the end of May.

In addition to the fantastic setting and unparalleled programme of live entertainment, Underbelly Festival offers affordable ticket prices and shows that run for an hour on average (with no intervals….we were doing ‘no interval’ before everyone started having a go!), in a performance venue that can be easily adapted to incorporate any necessary social distancing measures or other health safeguards should they be required – all the ingredients for the perfect summer day and night out in one destination.

“We are thrilled to bring Underbelly Festival back to London and to be able to bring this much-loved festival to the heart of the Oxford Street District. Our proposed new home in Cavendish Square is perfectly positioned within minutes of Oxford Circus, the city’s artistic heart in the West End, and its late-night cultural soul in Soho, making it the perfect place for our festival atmosphere and unique programme of live entertainment.

“We’re looking forward to collaborating with local stakeholders and businesses and playing our part in bringing Central London roaring back to life this summer. Most importantly, we are so pleased to be able to once again provide a platform and a home for so many brilliant artists, freelancers and arts sector workers who have been deprived of a stage and a living for over a year.

“We have committed to keeping our ticket prices affordable and our shows an accessible length. Our beautiful Spiegeltent can easily be adapted to adhere to social distancing measures and other health and safety precautions and of course a large part of the Underbelly Festival concept is alfresco eating, drinking and socialising. This has been our model for as long as we’ve existed so we feel we are in a particularly strong position to deliver a top-quality festival experience safely and in a way that will make people feel comfortable this summer. We can’t wait to share further news on our programme of shows in May.”

The return of this year’s Underbelly Festival is subject to planning approval, which was submitted to Westminster City Council on 13 April 2021.

If approved, Underbelly will be supporting Westminster City Council’s Inside Out festival, which is a way for visitors to the West End to rediscover the vibrant arts and culture scene through open-air performances, outdoor exhibitions and installations in a bid to attract visitors back to the West End to enjoy London’s cultural and hospitality offerings safely. Inside Out is hoping to run from August to October 2021.