Casting revealed for the musical festival 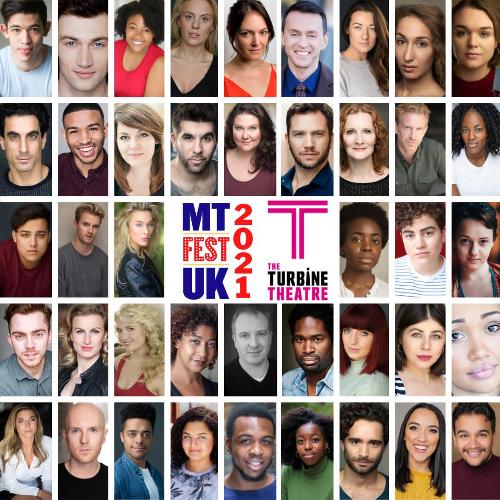 Casting has been confirmed for Paul Taylor-Mills’ highly celebrated annual festival of new musical theatre, MTFestUK 2021. Featuring a truly spectacular company of international stars, with a number of Tony and Olivier Awards to their names, this year’s season is set to be an unmissable event in the 2021 musical theatre calendar.

The full line up of world class performers includes:

Based on the Focus Features/Vulcan Productions motion picture written & directed by Todd Haynes.

Cathy Whitaker seems to be the picture-perfect wife and mother in 1957 suburban Connecticut. But roiling beneath the surface, secret longings and forbidden desires cause her world to unravel, with incendiary consequences.

With a score that is both jazz-inflected and hauntingly lyrical, Far From Heaven is a powerful story of romance, betrayal, and intolerance, as a woman grapples with her identity in a society on the verge of upheaval.

Created and Written by Thabo Stuck

#50days is a Grime Musical which tells the story of the period when the very foundations of England were shattered. It is December 1641 and King Charles is about to be formally challenged by a handful of MPs and radical commoners, who share the belief that ALL men are born equal. Many in England, now a Protestant country, are enraged by the notion that the French-born Catholic Queen Henrietta and King Charles are ruling over them. One of these critics is John Pym, a Member of Parliament and prominent opponent of Kingship, who issues a challenge to the King’s power. In a world ruled by men, who are the women in this story? What are they fighting for? Through propaganda and shrewd political manoeuvring, the nation is about to be plunged head first into a conflict that pitted neighbour against neighbour and shattered the very core of our constitution.

#50days creator Thabo Stuck, challenges the notion of how history is discoursed.

“This is an interpretation of British history told through the eyes of underrepresented Brits today.”

THE MAN IN THE CEILING

Music and Lyrics by Andrew Lippa

12-year old Jimmy Jibbett would rather be a successful cartoonist than be in 7th grade. His father disapproves. His mother is busy. His uncle tries to understand but is too wrapped up trying to write a love song for his next flop musical. Where can Jimmy turn for inspiration and hope? Maybe THE MAN IN THE CEILING can lead him to his true destiny…If only Jimmy would look up!

A collaboration between Jules Feiffer, the Pulitzer-Prize-winning cartoonist and celebrated author, and Tony-nominated composer-lyricist Andrew Lippa, The Main In The Ceiling is an uplifting tale about following your creative passion against all odds.

MILLENNIALS turns up the microphone on the lives, the losses and the frustrations of young people in the modern world. A generation that is so often defined by tabloid headlines, tweets and of course, avocados, pick up the mic and transport us inside their extraordinarily ordinary lives. Written and composed by Elliot Clay, this powerful and uplifting collection of songs runs the gamut of modern pop-music and sends musical theatre hurtling into the 21st Century.

A trio of endangered animals form a rock band to protest against the climate crisis. Leo, the snow leopard lead singer, rages against the annihilation of their world, Ginger the Orangutan, on keys, has her own tale to tell about the traumas of deforestation, while Alan the elephant is keeping time on the drums. But their newly rebranded group ‘HouseFire’ is under threat from their corporate manager getting them to pander to the very capitalist system they want to destabilize. Entering Britain's Got Talent is a great way to reach more people with their message, but it puts a strain on their already fractious relationships, and is it all just too little too late... Fierce, frenetic and fun - this gig-theatre musical will set your world on fire.

Emma Kingston (Fiddler On The Roof/In The Heights) – Jeanne

Cake* combines rap and RnB with 18th century France to retell a story that sparked a revolution. When Marie Antoinette married King Louis, her reputation was already tarnished by gossip. But when she is implicated in a crime to defraud the crown jewellers of a diamond necklace, it is not just her reputation at stake, but the monarchy and France itself.

* Cake was commissioned by Paul Taylor-Mills whilst he was Artistic Director of The Other Palace where it appeared under its former title; Killer Queen.

This story explores several forms of loss, challenges the resilience of a family, and celebrates the healing-power of storytelling. After waking from a coma with no memory of life before her accident, a young woman must try to move on knowing little more than her name: Daisy.

Her enduring passion for writing finds her escaping into the world of stories she creates in her notebook, but this coping mechanism still leaves Daisy feeling as though she can only move forward if she regains memories from her past. She never considers that perhaps some of the memories she’s so desperate to unlock might be even more difficult to accept than her new life without them. What begins as a story of personal struggle soon becomes a family’s shared experience of hardship, loss, and love.

Jenna Boyd (Come From Away/Wind In The Willows) – Prescott

The story of how one man went from peace loving, long haired hippy and would-be pop star to warmongering multimillionaire in just a couple of decades.

An hilarious tragedy of political intrigue, religion, power and romance that plays fast and loose with the facts, owing as much to Citizen Kane as it does to The Marx Brothers - Karl and Groucho.

All set to rockin’ tunes.