Further casting announced for the show 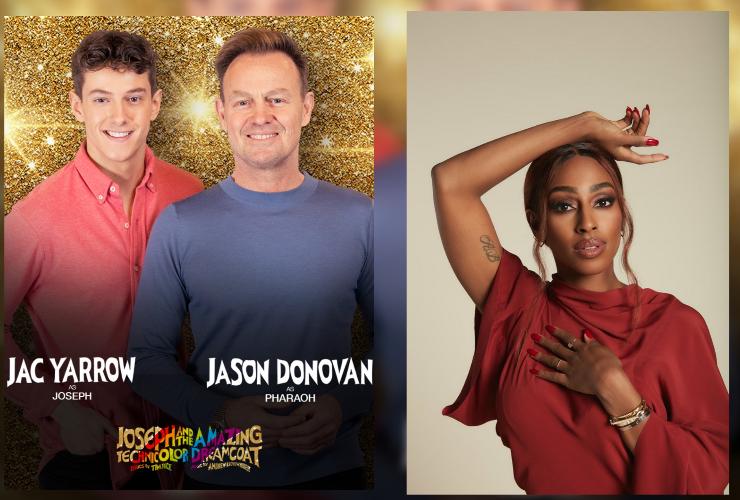 Further casting has been announced for the return at the London Palladium of Joseph and the Amazing Technicolor Dreamcoat.

Alexandra Burke will take on the iconic role of the Narrator.

Jason Donovan will return as the Pharaoh, and Jac Yarrow is once again taking on the title character which won him critical acclaim and a 2020 Olivier Award nomination for Best Actor in a Musical.

Further casting for 2021 is to be announced.

Released as a concept album in 1969, the stage version of Joseph and the Amazing Technicolor Dreamcoat has become one of the worlds most beloved family musicals, reimagining the biblical story of Joseph, his father Jacob, eleven brothers and the coat of many colours.

Joseph and the Amazing Technicolor Dreamcoat will play the London Palladium, running from 1st July – 5th September 2021 with tickets on sale now.