The Mousetrap Returns to The West End - News

The show return in May 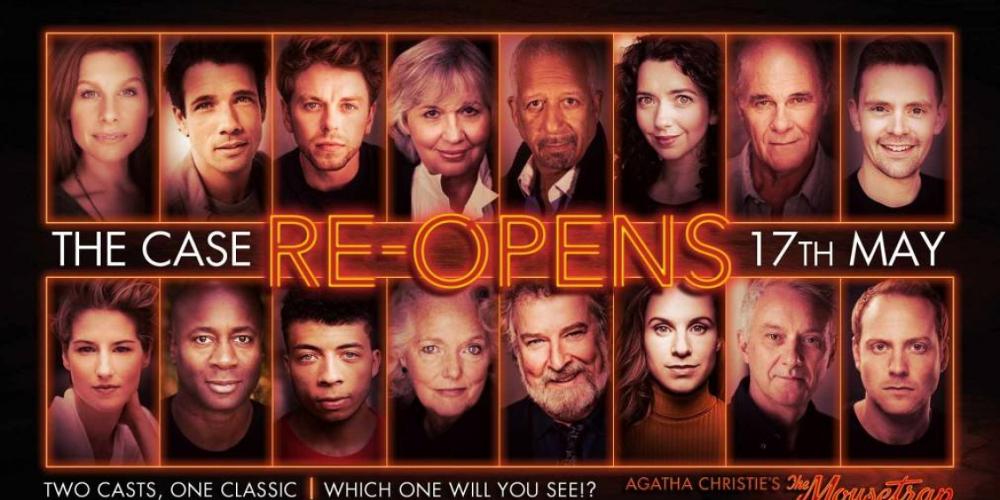 Agatha Christie’s The Mousetrap – the longest running show in the world, which has been suspended since the pandemic resulted in the closure of UK theatres in March 2020 – is to re-open in the West End on Monday 17 May 2021.

Two sets of casts – comprising Olivier Award winners and highly acclaimed stars of TV and film – will come together for the iconic thriller as it re-opens at the St. Martin’s Theatre on the day that Stage 3 in the Government’s “Road Map” to ease restrictions across society comes in to effect.

The casts are completed by Joshua Griffin, who will be making his West End debut in The Mousetrap, Paul Hilliar, Sarah Moss, Lizzie Muncey, Tony Timberlake, Kate Tydman and Alexander Wolfe.

Adam Spiegel, the producer of The Mousetrap, said: “I am thrilled today to announce the award winning company of actors that have assembled to lead The Mousetrap back to the West End. The production is an enduring symbol of London theatre and I hope that its return signifies the first steps in the restoration of live theatre in London. I am so pleased that these hugely accomplished performers have chosen to participate in this historic moment.”

Agatha Christie’s The Mousetrap is the world’s longest-running play. The West End production opened in 1952. It is the genre-defining murder mystery from the world’s best-selling novelist of all time.

As news spreads of a murder in London, a group of seven strangers find themselves snowed in at Monkswell Manor, a stately countryside guesthouse. When a police sergeant arrives, the guests discover – to their horror – that a killer is in their midst. One by one, the suspicious characters reveal their sordid pasts. Which one is the murderer? Who will be their next victim?

The Mousetrap will celebrate 70 years in London in 2022. It has been performed 28,200 times in London and sold over 10 million tickets. To celebrate the 50th anniversary in 2002, The Queen and Duke of Edinburgh attended a special Gala performance.