Sunday in the Park with George cancels run - News 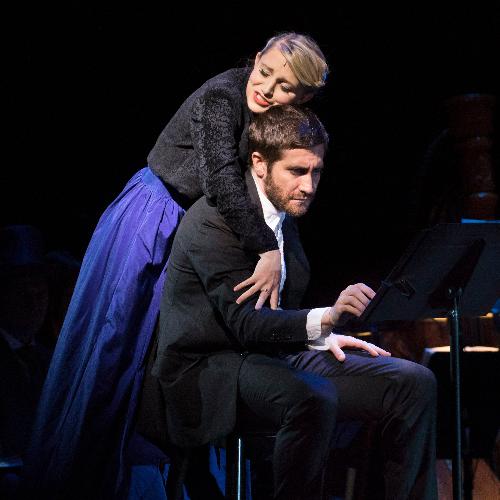 The musical with Jake Gyllenhaal and Annaleigh Ashford set to run at the Savoy Theatre, will not open this year.

Producers said: "Due to ongoing government restrictions around travel and the reopening of theatres at full capacity, the producers of Sunday in the Park with George have taken the difficult decision that it is not going to be possible for the show to take place in London in 2021. Everyone involved remains 100 per cent committed to making the show work when conditions and schedule align to make it possible.

"Existing ticket holders will be contacted via email within seven days to discuss their options.

"Jeanine Tesori, Riva Marker and Adam Speers say: 'We're of course disappointed that Sunday in the Park with George couldn't happen last year as planned but remain committed to bring this beautiful show to the West End. We speak for the entire creative and production team when we say how much we wanted to bring Stephen Sondheim and James Lapine's once-in-a-lifetime musical with Jake Gyllenhaal and Annaleigh Ashford's remarkable performances to London and will let everyone know as soon as we are able to make it happen'."

Stephen Sondheim and James Lapine were inspired to write the musical by the George Seurat masterpiece A Sunday Afternoon on the Island of La Grande Jatte. The musical follows a fictionalised version of painter Georges Seurat, played by Jake Gyllenhaal, as he struggles to complete what would become his most famous painting. Overwhelmed by his need to ‘finish the hat,’ George isolates himself from everyone important to him. He separates himself from society, disregards his fellow artists, and turns away from his longtime lover Dot (Annaleigh Ashford).  His obsession has far-reaching consequences and we see these effects play on his great-grandson, also named George who has his own conflicts as a cynical contemporary artist.