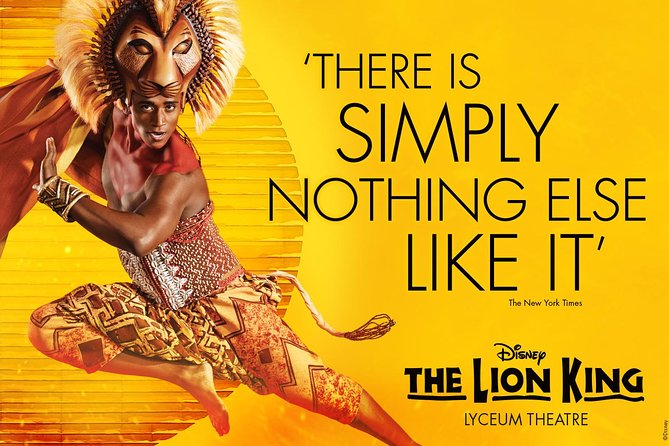 The Lion King will reopen its doors on 29 July 2021. Tickets will go on sale at 12pm noon on Wednesday 31 March, whilst patrons can sign up for pre-sale access from 10am on Monday 29 March.

After 21 landmark years on Broadway, THE LION KING continues ascendant as one of the most popular stage musicals in the world.  Since its premiere on November 13, 1997, 25 global productions have been seen by more than 100 million people.  Produced by Disney Theatrical Productions under the direction of Thomas Schumacher, THE LION KING has made theatrical history with three productions worldwide running 15 or more years and another three productions running 20 or more years. The show has been performed in nine different languages (Dutch, English, French, German, Japanese, Korean, Mandarin, Portuguese and Spanish). Productions of THE LION KING can be seen on Broadway; London’s West End; Hamburg; Tokyo; Madrid; on tour across Japan and North America, with a separate production touring internationally, for a total of eight productions running concurrently across the globe. Having played over 100 cities in 20 countries on every continent except Antarctica, THE LION KING's worldwide gross exceeds that of any film, Broadway show or other entertainment title in box office history.