Anything goes opens in July- News

A new summer performance schedule for the musical 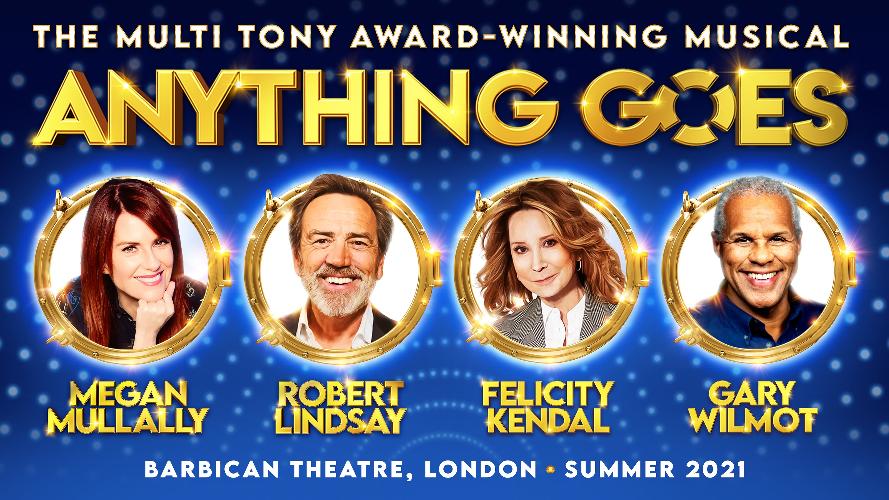 The highly anticipated revival of the classic Cole Porter musical Anything Goes will now open this July, it has been announced.

The production is now set to play the Barbican Theatre from 23rd July – 17th October 2021, after it was originally set to open in May.

Newly announced to be joining the production are Samuel Edwards (Les Misérables) as Billy Crocker, alongside Nicole-Lily Baisden (The Book of Mormon) as Hope Harcourt, Carly Mercedes Dyer (West Side Story) as Erma and Haydn Oakley (An American in Paris) as Lord Evelyn Oakleigh.

It’s Bon Voyage on the S.S America but it’s not all smooth sailing as they head out to sea; etiquette is cast off through the portholes as two unlikely pairs set off on the course to find true love. Their journey proves that sometimes destiny needs a little help from a crew of singing and dancing sailors, a comical disguise, a farcical blackmail, delightful double-entendres, and some timeless good fun!

Featuring a joyful, gold-plated score of theatre’s most memorable standards, including ‘I Get A Kick Out of You’, ‘You’re the Top’, ‘It’s De- Lovely!’ and Anything Goes, it’s everything you want a big Broadway musical to be and more!