The Phantom opens in Sydney - News

The show will premiere at the Sydney Opera House 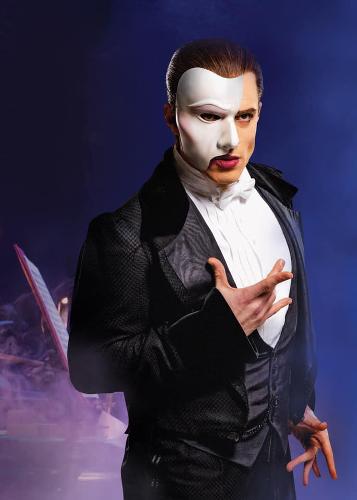 The Phantom of the Opera will make its highly anticipated premiere at the Sydney Opera House.

Marking almost 35 years to the day since it opened in London’s West End, before going on to become one of the most successful musicals of all time, this will be the first time in the show’s history that it will play in the iconic Joan Sutherland Theatre, Australia’s home of opera when it opens this September.

This spectacular new staging by Cameron Mackintosh premiered with a record-breaking sell out tour of the UK followed by a 7-year tour of the United States which grossed over US$400 million and thrilled critics and audiences alike. Australia is now only the third country to see this new The Phantom of the Opera with its beloved and thrilling score including the hit songs The Music of the Night, All I Ask of You and Masquerade. With stunning new staging and scenic design, Maria Björnson’s iconic original costumes and many special effects including a spectacular new realisation of the show’s chandelier. It will be performed in Australia by a cast and orchestra of 65, making it one of the largest musical productions ever in Australia.

We are thrilled to be bringing this exciting new production to Australia with its spectacular new staging by director Laurence Connor and fabulous designs by Paul Brown and Maria Bjornson. The show has already proved a sensational box office success on National tours across the UK and the US. It is a great delight to us both that a new production which has a totally original take on our beloved Phantom has been embraced with as much enthusiasm as the brilliant original.

Our wonderful cast will be headed by the terrific Australian star Josh Piterman who recently scored a huge personal triumph playing the role of Phantom in London before we had to close because of the pandemic. So let our Opera begin at the Opera House!

Congratulations to Josh and all the cast!