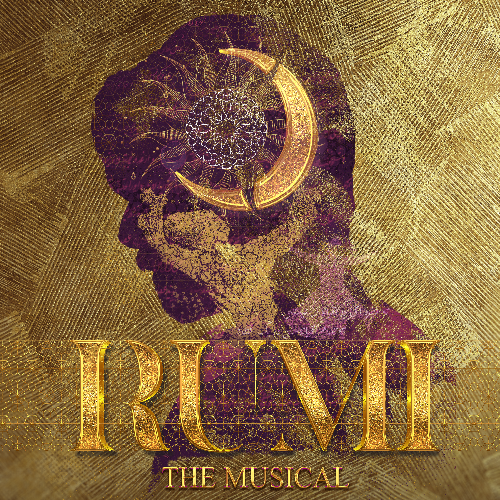 ‘Rumi’, based on a story about the 13th century philosopher and poet Rumi by Evren Sharma, follows Al Fardan and Naaman’s 2018 debut ‘Broken Wings’, which premiered in the West End at the Theatre Royal Haymarket before touring the Middle East.

The musical is Orchestrated and Arranged by Joe Davison, with Vocal Arrangements by Nikki Davison and Middle Eastern Musical Supervision by Maias Alyamani. The album is Produced, Edited and Mixed by Joe and Nikki Davison for Auburn Jam Music.

‘Rumi: The Musical’ was recorded in London and Doha throughout  the Covid-19 pandemic. It  features a grand score which combines Middle Eastern authenticity with classical influences and contemporary musical theatre, with lyrics derived from Rumi’s poetry.

‘Rumi: The Musical’ will be released on all major digital platforms later this Spring, with further details to be announced soon.

The legacy of Rumi has touched millions around the world and continues to make an impact in its universality and utilitarian nature; a legacy which has lasted eight centuries and has inspired all nationalities, ages, faiths and backgrounds. But how did it all begin?

‘Rumi: The Musical’ explores the transformative and powerful relationship between Rumi and his mentor Shams Tabrizi. From their first encounter, it is clear that Rumi and Shams were destined to converge for greatness; two highly contrasting but brilliant minds, both seeking a higher purpose. However, the impact of this extraordinary friendship on Rumi’s loyal wife, Kara, her daughter Kimya and his sons, Sultan Valed and Aladdin is clear, inviting resistance from
Rumi’s faithful following with increasingly intense and dramatic consequences. What was the price, that the world might receive the gift of Rumi’s genius and spiritual legacy?