The musical had a run at Southwark Playhouse in 2019 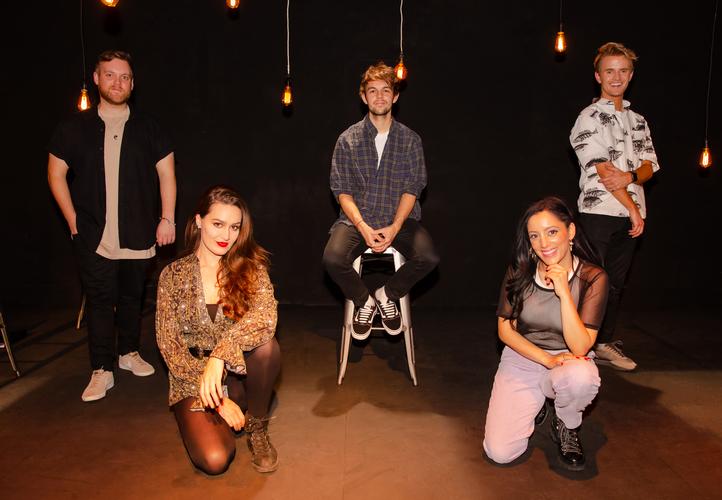 The cast album of FIVER was released on Friday 5 March and immediately took the number one spot on the iTunes Soundtrack Chart above Hamilton, Six and The Greatest Showman!

The sell-out hit musical, which follows the dramatic journey of a five-pound note, was a huge success in 2019, featuring on Elaine Paige’s BBC Radio 2 programme and playing to sold-out houses at Southwark Playhouse and brilliant reviews. It was nominated for Best Off-West End Musical in the 2019 WhatsOnStage Awards as well as three West End Wilma Awards, in which Luke Bayer won ‘Best Actor’ for his performance.

The album was available to pre-order for several weeks before being released at midnight on 4 March. The cast and creatives hosted a special Instagram Live listening party that evening, which brought everyone together to celebrate the album launch with fans. 100 limited edition signed CDs (featuring exclusive access to backing tracks from the show) were also made available but sold out after just two days!

FIVER follows the story of a humble £5 note as it passes through the hands and pockets of different people. Often unnoticed, and obviously unaware, the fiver is witness to significant moments in each character’s life – from an appreciation of their skills as a street performer, the start or end of relationships, to the simple realisation that they can afford a bed for the night. The show first opened at Crazy Coqs before being developed and then completing a sell-out run at Southwark Playhouse in 2019.

“Our album entering the iTunes Soundtrack Chart at number one is yet another amazing chapter in the journey of this musical. Tom (Lees, co-writer) and I are thrilled that audiences continue to respond to our show and humbled that it seems to have struck a chord with our fans, who are so loyal and continue to champion FIVER. We’re so grateful! I can’t speak highly enough of the cast; they are so talented and just the most wonderful group of people. Capturing their live concert performances over those three shows in November was a privilege. Now everyone who wants to check out FIVER, can do!”

The album is available to purchase on iTunes or stream on Spotify now. A few more CDs are being made available via the FIVER website.