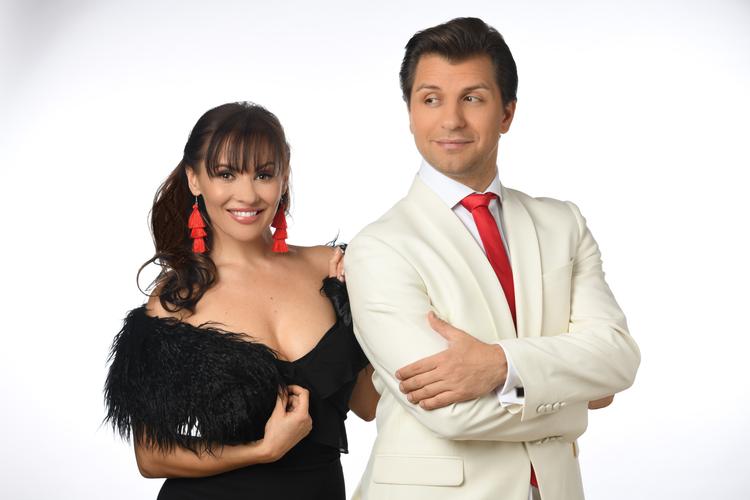 The First Global Livestream ‘Variety Show’ airs on March 27, 2021 - World Theatre  Day. It will raise money for charities and features stars from the world of theatre,  music and dance, celebrating the magical connection and transformative power of  the Arts.

Anya says: “Having not been able to perform throughout 2020 and seeing many of  my friends struggle without a creative outlet due to the pandemic, we decided we  had to take matters into our own hands and create a virtual experience that could  bring the Arts back to life”.

The show is an uplifting collaboration between some of the biggest names across  the industry. Award winning Film producers, Award winning Songwriters, Actresses,  Musicians, Broadway stars and those from The West End, Strictly Come Dancing,  So You Think You Can Dance, Dancing With The Stars and more… the result is a  show of ‘Variety’ of unity and support for the arts by the arts and for the people by  the people.

Profit from ticket sales will support the incredible British charity Theatre Support  Fund+ creators of the iconic ‘The Show Must Go On’ design which to date has  raised £600K working with charities such as Acting For Others, Fleabag Support  Fund and the NHS Covid-19 urgent appeal.

And The Actors Fund. Since March 18, 2020, The Actors Fund (USA) has provided  more than $19 million+ in emergency financial assistance to over 15,000+ people  who work in performing arts and entertainment. *See below for more details.

Rise Up With Arts

Pasha Kovalev – Co-Creator of Rise Up With Arts – One of Strictly Come  Dancing’s Favourite Pro's who lifted the Glitterball in 2014. He still holds the record  for the most 10’s! He will be interviewed about his life in the Arts and will be dancing  in the show.

Anya Garnis – Co-Creator of Rise Up With Arts – Anya’s professional dancing  career has seen her as a finalist on USA’s So You Think You Can Dance, Burn The  Floor, Las Vegas’ Dancing With The Stars and Strictly Come Dancing.

Arlene Phillips CBE is a showbiz legend, honoured for her services to dance and  charity. She is a choreographer, theatre director, talent scout, television judge and  presenter, who has worked in many fields of entertainment.

Duncan James singer, actor, and television personality. A member of the boy band  Blue, and starred in many hit musicals and the British Soap “Hollyoaks”

John Logan received the Tony, Drama Desk, Outer Critic Circle and Drama League  awards for his play Red. As a screenwriter, Logan has been three times nominated  for the Oscars and has received Golden Globe, BAFTA, WGA, Edgar, and PEN  Center awards. His film work includes Skyfall, Spectre, Hugo, The Aviator and  Gladiator.

The lead cast from 14 times Tony Award nominated Moulin Rouge The Musical!  Stars from the musical Chicago and jazz performed by Benny Benack III from Jim  Caruso’s Birdland New York who have been hosts to Liza Minnelli, Tony Bennett  and Count Basie.

More to be announced…

You can buy tickets here here