The official statement from Curve regarding tribunal outcome - News 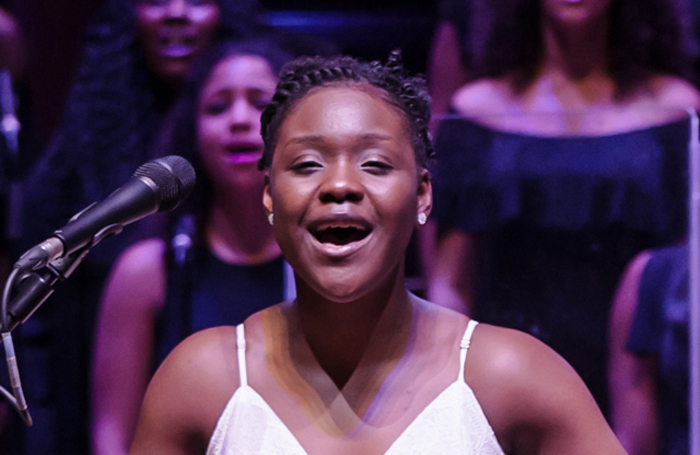 The Curve has released an official response to the tribunal’s unanimous ruling regarding the recent employment tribunal.

Seyi Omooba has lost an employment tribunal claim against Leicester’s Curve and talent agency Global Artists, in which she sued the theatre and her former agency for religious discrimination and breach of contract

"We wanted to share with you our response to the tribunal’s unanimous ruling regarding the recent employment tribunal against Curve.

We are pleased Seyi Omooba’s claims against Curve have been rejected by an employment tribunal. Seyi Omooba accepted a lesbian part in our production of THE COLOR PURPLE knowing full well she would refuse to play this iconic gay role as homosexual. We believe the case had no merit from the outset, and should never have been brought to the tribunal.

Unfortunately, we consider that Curve has been subject to a carefully orchestrated campaign from Seyi Omooba and Christian Concern, who have used the tribunal process- and our theatre- as an opportunity to further their case in what they describe as exposing “the mechanisms of censorship at the heart of the theatre industry, and how any dissenting views against LGBT ideology, especially Christian beliefs, are currently incompatible with a theatrical career”. We know this is not true; theatre is one of the most inclusive, joyous and diverse industries and we celebrate this across all of our work at Curve.

It has been a hugely challenging and upsetting time for all us at Curve, especially as our industry is fighting for its survival, and we would like to thank everyone who has supported us over the course of the last 20 months. In particular, we would like to thank our extraordinary THE COLOR PURPLE company- a team of talented, passionate and caring individuals who did not allow this case to impact on making the most remarkable show led by the incomparable T’Shan Williams.

We would also like to pay tribute to the wonderful support we have received from the writers of the musical, Marsha Norman, Brenda Russell, Stephen Bray and the late Allee Willis, and our thanks to the Broadway producer of the musical Scott Sanders. Our heartfelt thanks also to Steve Spiegel from Theatrical Rights Worldwide who has been a passionate supporter of our case from day one and we owe so much to him. And of course, deepest gratitude to Alice Walker; our fight was in the name of Curve, but also to protect the integrity of the character of Celie- who was based on Alice’s grandmother Rachel- and all other Celies in our world.

Finally, we would like to thank our outstanding legal team, in particular Tom Coghlin QC and Alex Payton from Howes Percival for their dedication and tenacity in seeking justice for Curve.

We do not condone any negativity Seyi Omooba has been subjected to and we respectfully ask anyone in support of this ruling to be kind and respectful in acknowledging this victory for Curve and Celie.

We now look forward to drawing a line under this painful chapter and focusing our energies on how we rebuild our theatre after the pandemic."

Seyi Omooba was cast as Celie in a musical production of The Color Purple at Leicester Curve Theatre in 2019.

The character is often shown as having a lesbian sexual orientation - the intended interpretation for the show.

But Ms Omooba, a devout Christian, said she was not informed of the production's take.

It was announced in March 2019 she would no longer be part of the musical after the old Facebook post resurfaced.

Her 2014 message said people could not be "born gay" and she did not believe homosexuality was "right".

The 26-year-old actress brought a claim of about £128,000 against the theatre and her former agents on the grounds of religious discrimination and breach of contract.