The show will be streamed for free 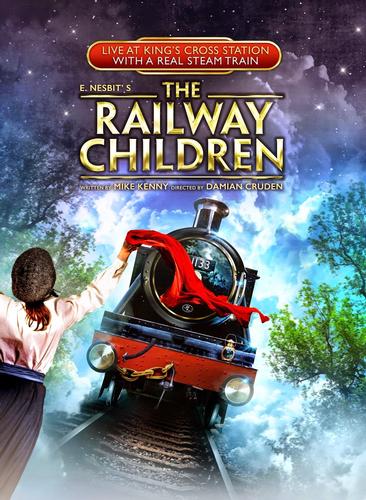 The Railway Children will be streamed on YouTube on Monday on The Shows Must Go On channel.

Set in a purpose-built 1,000 seat venue, The Railway Children featured a stage built around a real train track and a beautiful 60-tonne vintage locomotive that steamed into the theatre throughout the Christmas holiday period.

Directed by Damian Cruden, the Artistic Director of York Theatre Royal, with design by Joanna Scotcher, lighting by Richard G. Jones, music by Christopher Madin and sound by Craig Vear, Mike Kenny’s adaptation of The Railway Children was first produced by York Theatre Royal at the National Railway Museum, York, where it enjoyed two sell-out and critically acclaimed seasons in 2008 and 2009.  The production then opened at Waterloo Station in the former Eurostar terminal in July 2010, where it again played two critically acclaimed sell-out seasons and won the 2011 Olivier Award for Best Entertainment, before opening in Toronto in 2011 in a temporary theatre built at the base of CN Tower in Roundhouse Park.

The Railway Children tells the story of Bobbie, Peter and Phyllis, three children whose lives change dramatically when their father is mysteriously taken away.  They move from London to a cottage in rural Yorkshire with their mother, where they befriend the local railway porter, Perks, and embark on a magical journey of discovery, friendship and adventure.  But the mystery remains – where is Father, and is he ever coming back?