Let it go from Frozen - News 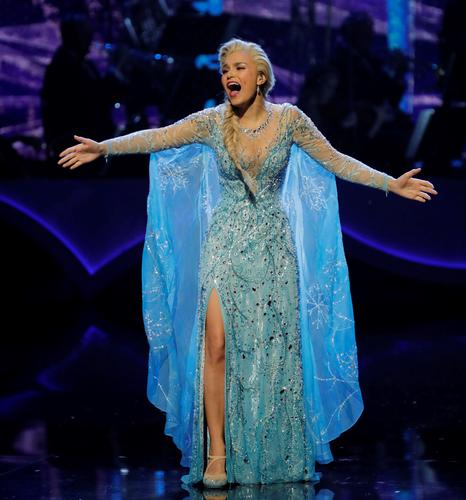 Samantha Barks performed “Let it go” from Frozen the Musical, at the Royal Variety Performance from the Opera House in Blackpool, and broadcast on ITV.

The event was staged in aid of the Royal Variety Charity, whose patron is Her Majesty The Queen.

The evening saw also an exclusive performance from the award-winning Sheridan Smith as Cilla in Cilla the Musical.

For the first time, the event, hosted by Jason Manford, took place without a live audience.

Frozen will open in the West End on 2 April 2021, at Theatre Royal Drury Lane next spring, once social distancing measures have been eased.