42nd Street to be streamed on YouTube this weekend - News

The show will be available this Friday for 48 hours 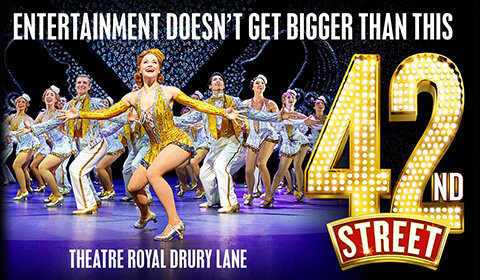 42nd Street will be streamed on YouTube this weekend as part of The Shows Must Go On! series.

Based on the 1932 novel by Bradford Ropes (which was subsequently adapted for the silver screen the following year), 42nd Street tells of the great director Julian Marsh and his upcoming production of the musical Pretty Lady. But when the show’s star is forced to drop out of the production, Marsh calls on unknown chorus girl Peggy Sawyer, who takes to the stage a “youngster” and comes back a “star”. With a classic score of musical theatre standards including "We're in the Money", "Lullaby of Broadway", "42nd Street" and "About a Quarter to Nine", this heart-warming musical provides exceptional tap routines and classic comedy.