With ‘Everybody’s Talking About Jamie’ returning in December, is there light at the end of this tunnel? - News

Jamie will return to the West End from 12th December 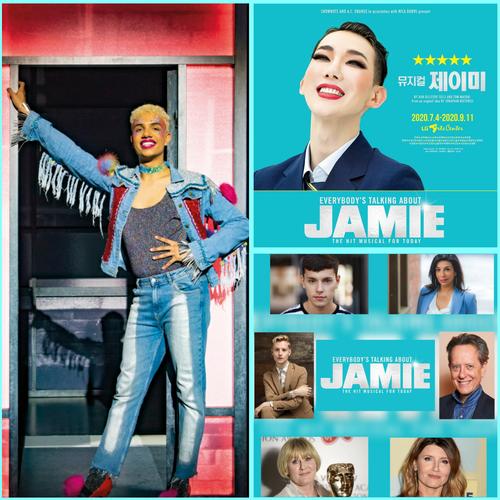 For the past nine months, theatre has been ‘dark’. Cast, crew, writers, producers and audiences have been left without their outlet. This pandemic has seen the mass closure of every theatre in the West End, and around the world, and the results have been devastating, both emotionally and economically.

For the past three years, I have organised and co-hosted the Fan Events for ‘Everybody’s Talking About Jamie’, the West End musical. In that time, I have witnessed the show’s immense effect on theatre-goers of all ages. It is evident, from my perspective, that in this current climate, we crave community. We want to relate to characters, and feel both immersed and involved in the productions we see. These past nine months have, unfortunately, been a time of detachment and immunity from the powerful effects of theatre.

Our Jamie Fan Events, which predominantly took place at London’s Phoenix Arts Club, were representative of the magic that theatre creates. Friendship groups were brought together, young aspiring performers would step up on stage to sing during our open-mic, and cast members would make appearances, which would be met by rapturous applause. It was a special time, and it is something that has since been taken away from us.

We have had to acclimatise ourselves to the likes of Zoom, drive-in and open-air theatre, which somewhat lacks the palpable energy and intimacy of the theatrical spaces we are familiar with in London. Theatre unites us, and by nature, the social distancing of the pandemic promotes division.

But thankfully, for the first time since March, there is hope. Behind the scenes, producer Nica Burns has been working to bring theatre back to us. Promising to operate at a loss, ‘Everybody’s Talking About Jamie’ will be opening its doors to the public on Saturday 12th December. Under tier 2 restrictions, we will see the audience at a 50% capacity, wearing face coverings for the duration of the 2 hour and 50 minute show. Writer and lyricist Tom MacRae has told fans that there will be changes, including jokes and references to reflect the pandemic era we find ourselves in. We will also be seeing some cast members wearing masks themselves. Noah Thomas, who plays Jamie, even hinted at an entire number being rewritten to be a ‘Covid song’. Whilst it is currently unclear as to whether the entire cast will be distancing on stage, it will certainly be exciting to see how it plays out!

Along with this, Phil Nichol, the original West End Hugo/Loco Chanelle, returns to his role, which is a welcome decision, as we anticipate the same level of craziness and humour that the Canadian comedian brought to his role before. Additionally, Gillian Ford steps up to the role of Miss Hedge, Rachel Seirian as Fatimah, and Garry Lee as Sandra Bollock. It promises to be a magical reopening, and I personally commend Nica and her team at Nimax Theatres for recognising the importance of the show, in this day and age.

On Monday 30th November, the cast began their rehearsals, masked-up and spaced-out in the auditorium, many of whom posted photos of their ‘Covid-19 Testing Pass’, which permits them three tests a week. We are far from out of this tunnel, but it seems there is a glimmer of hope, as the lights of the West End begin to flicker once again, and the curtains begin to rise. Last week, we hosted a Virtual Jamie Quiz on YouTube, which brought together three hundred fans for an evening of celebration and reflection. With this kind of buzz still within our community, it is clear that a love and passion for ‘Jamie’ is just as real as it was when the show opened in the West End three years ago.

We keep our fingers crossed for 12th December, and can’t wait to see the show in its new form.

‘Step out of the darkness and into the spotlight’ at Everybody’s Talking About Jamie from 12th December 2020 - www.everybodystalkingaboutjamie.co.uk and join the community at www.instagram.com/jamie.musical

Everybody’s Talking About Jamie will return with social distancing and half the usual capacity to the Apollo Theatre from 12th December. Celebrating its 3rd birthday, the show’s return will be the first full-book musical to re-open in the West End this Christmas, ahead of its 1000th performance.

A new Italian production has been announced, Australian and Japanese productions are in development while the South Korean one has just finished its run.

The show has also been made into a major film, distributed by 20th Century Studios, it will be released on February 26th 2021.