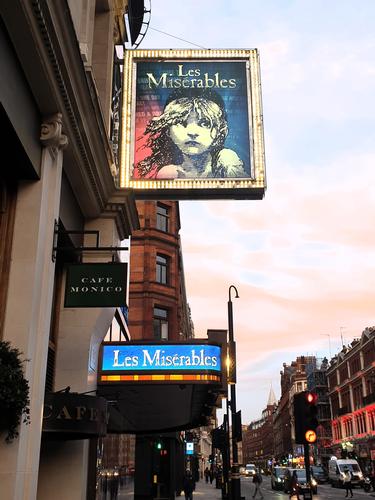 Performances will begin on 5 December 2020 for Les Misérables -The Staged Concert at the Sondheim Theatre.  Today it is officially announced that the run will extend to 28 February 2021.  Additional dates have been added to help accommodate Patrons who are affected by the Government’s latest directive requiring Theatres to further reduce their seating capacity to a maximum of 50%.  Extra performances have also been added to enable the public who have so far been unable to get tickets to see the show.

Public excitement for Les Misérables -The Staged Concert was exceptional and tens of thousands of people had to be turned away.  The original six-week run was announced in mid-October and within twenty-four hours was extended to 31 January 2021.  Before public booking opens for the new performances at 10am on 4 December 2020, priority booking will be given to those Patrons who need to be re-seated.

This spectacular production has a Company of over 50 actors and musicians drawn from the alumni of several productions of LesMisérables, who will play to a now further reduced seating capacity of under 600.  Strict Covid safety measures and social distancing will be followed front of house, on stage, backstage and throughout the building.  In preparation for the openingCameron Mackintosh has connected the Sondheim with his other theatre next door, the Gielgud, in order for the production to utilise backstage facilities and dressing rooms, doubling the backstage space to ensure the maximum safety of the performers and the staff.

For the new performances the majority of the Company will be able to continue, however the four principals - Michael Ball, Alfie Boe, Carrie Hope Fletcher and Matt Lucas - will only be able to play a limited number of these dates due to previous commitments.  John Owen-Jones continues to play the role of Jean Valjean at certain performances and Shan Ako and Amara Okereke continue to play the roles of Eponine and Cosette respectively.  The acclaimed stars of the new full production of Les Misérables including Jon Robyns, Bradley Jaden, Gerard Carey and Josefina Gabrielle, which opened earlier this year at the Sondheim theatre, plus the stars of the UK National Tour, Dean Chisnall and Nic Greenshields, will be leading this Company for the extension period.  Due to the current situation all cast appearances are subject to availability.

The critically acclaimed new production of Les Misérables which opened in January of this year is planned to re-open at the Sondheim Theatre next May once the Government has withdrawn social distancing and reached Stage 5 allowing full capacity audiences.  Booking will re-commence soon.