A a new filmed theatre production of William Shakespeare’s classic 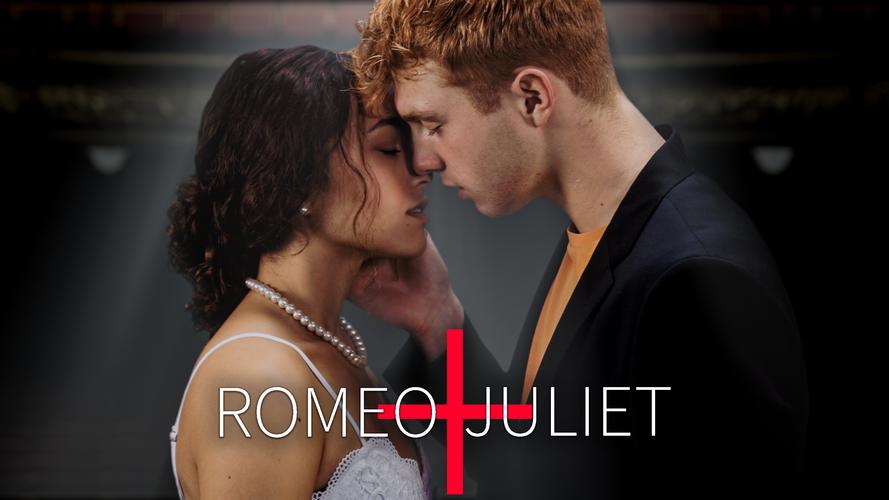 Ryan Metcalfe and Simon Gordon on behalf of Metcalfe Gordon Productions are delighted to announce a new filmed theatre production of William Shakespeare’s Romeo & Juliet starring Sam Tutty and Emily Redpath in the title roles, with direction by Nick Evans. This production has utilised new, cutting edge technology to produce and film the show whilst working to the restrictions and regulations in place.

Sam Tutty shot to fame in 2019, making his West End debut in the title role in Dear Evan Hansen (Noel Coward Theatre), for which he recently won the Olivier Award for Best Actor in a Musical. Earlier this year, he also won the What’s on Stage Award for Best Actor in a Musical for Dear Evan Hansen. Prior to this, he starred as Daniel in Once on This Island at Southwark Playhouse.

Emily Redpath graduated from Mountview Academy of Theatre Arts in 2019 and has since appeared in P**n Flakes for Spilt Milk and the feature film Help for Ridder Films.

Also in the cast are Brandon Bassir (a Grammy and NAACP nominated songwriter and a 2020 graduate from Guildhall) as Mercutio, Daniel Bowerbank (a recent RADA graduate) as Benvolio, Jonny Labey (Paul Coker in EastEnders, contestant in Celebrity X Factor, the first winner on the ITV show Dance Dance Dance UK, judge on CBBC dance show Taking The Next Step and Scott Hastings in Baz Luhrmann's original West End cast of Strictly Ballroom at the Piccadilly Theatre) as Paris, Sylvester Akinrolabu (recent graduate of the London College of Music) as Tybalt, Helen Anker (Tanya in Mamma Mia! UK and International Tour, Jellylorum in Cats at Kilworth House, Medda Larkin in the original production of Newsies at Papermill Playhouse, New Jersey, Miss Olsen in Promises Promises at Broadway Theatre, Broadway, Ivy Smith in On The Town and Candide for ENO, and Mrs Phagan/Sally Slaton in Parade at Donmar Warehouse)as Capulet, Mark Ozall (John Major in season 4 of The Crown) as Montague, Lucy Tregear (Room at Stratford East and Abbey Theatre Dublin, Coriolanus, The Merry Wives of Windsor, The Two Gentlemen of Verona and A Woman Killed with Kindness for RSC, The Country Wife at Theatre Royal Haymarket, By Jeeves at Lyric Theatre and Three Sisters at Chichester) as Nurse, Vinta Morgan (Claudius in Hamlet, Duke of Alba in Don Carlos, Geraldo Salas in Death and the Maiden, Tom Snout in A Midsummer Night’s Dream) as Friar, Jessica Murrain (Macbeth at The Globe, Peter Pan at the National Theatre/Troubadour Theatre White City, A Christmas Carol for the RSC) as Prince, Timmy Driscoll (a 2020 graduate from Performers College) as Sam, Tats Nyazika (since graduating in 2019, credits include Comedy of Errors with Two Gents Productions, a short film Irreversible with the National Film & Television School and the government’s current Hand, Face, Space coronavirus campaign advert) as Gregory, Iskandar Eton (a 2020 graduate from Mountview) as Abe and Ollie Tennant (a 2020 graduate from Mountview, making his professional debut) as Balthasar.

“During a time when it has not been possible to produce shows in venues, this first of its kind production uses ground-breaking technology to film a high production value theatrical performance without the cast and creative team ever stepping foot inside a theatre. We are excited about the future of this technology and the creative possibilities it presents.

“We set out with some clear goals in mind: this production would give back to the industry, both directly by employing creatives, production staff and actors - some of whom had just graduated into a closed industry - and indirectly through a donation to Acting For Others, an umbrella charity that provides financial and emotional support to all theatre workers in times of need. We are proud to have made a production of this classic play that is inclusive and accurately represents the diversity of modern society.”

“One of the most exciting things about Romeo & Juliet is the way we created it – we have produced a theatre show in a time when theatres are closed. We faced several challenges throughout and thanks must go to the creative team, production team, and the actors, who adapted at every turn in order to create it. It simply would not have been possible without the people involved going above and beyond.

“Our production of Romeo & Juliet was born out of a love for theatre. This unique, modern day retelling will be available in 2021 & we can’t wait to share it with you.”

“We’re incredibly excited about Romeo & Juliet; excited for the cutting-edge technology that we’ve used, the modern retelling of this story and the increased accessibility that this filmed production brings.

“The ongoing pandemic presented a huge challenge for us, as it does for all producers at the moment: the difficulties with having actors work in close proximity, theatre buildings being forced to close, and a huge list of health and safety concerns. Our team was truly fantastic in putting measures in place to ensure that we complied with all regulations in place and create a safe working environment for all.

“Full credit to our cast, creative and production teams. We’re so thrilled with the end result and can’t wait for you to see it in 2021.”

The release details for Romeo & Juliet will be announced in due course, but you can sign up for further information via romeojuliet2021.com.

The filmed theatre production of Romeo & Juliet is produced by Metcalfe Gordon Productions.