The musical will be available for 48 hours 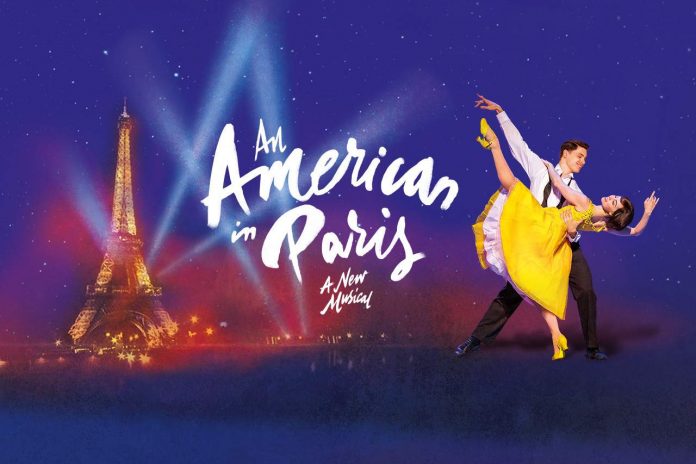 An American in Paris will be streamed for free as part of The Shows Must Go On! series this weekend.

Presented on YouTube, the show kicks off a new series of the YouTube channel's "Tony Award Winners Season". You can watch it here.

The recording will star Robert Fairchild as Jerry Mulligan and Leanne Cope as Lise Dassin, alongside a company of over 50 actors, dancers and musicians including Haydn Oakley as Henri Baurel, Zoë Rainey as Milo Davenport, David Seadon-Young as Adam Hochberg and Jane Asher as Madame Baurel. The West End production of the show opened in March 2017 and played at the Dominion Theatre.

American Jerry Mulligan is young, strong and fit, ready for love. The Second World War has just ended and Jerry is in Paris, a city filled with new hope and possibilities after the ravages of six devastating years of conflict. An ex-GI, Jerry wants to stay in Paris and start a new life as an artist. When he runs across the young and very beautiful dancer, Lise, the backdrop of the Paris streets becomes totally magical, transformed by their love into a sensual wonderland of art, friendship and joy in the aftermath of war.

The show's world première raised the roof at Paris's gorgeous Théâtre du Châtelet, then transferred to Broadway in a blaze of critical glory. It's the most-awarded musical of the year, hailed as a triumph of the stage musical genre.

The New York Times calls the production “a perfect integration of dance, romance and classic Gershwin”. The Chicago Tribune calls it a “spectacular production”. The Independent newspaper says it's a “breathtakingly beautiful staging of the MGM musical”, just three of a collection of excellent reviews. Now it's making its way to London, the theatrical event of 2017 and a truly stunning re imagining of the Oscar winning MGM film.