The Queens are back! 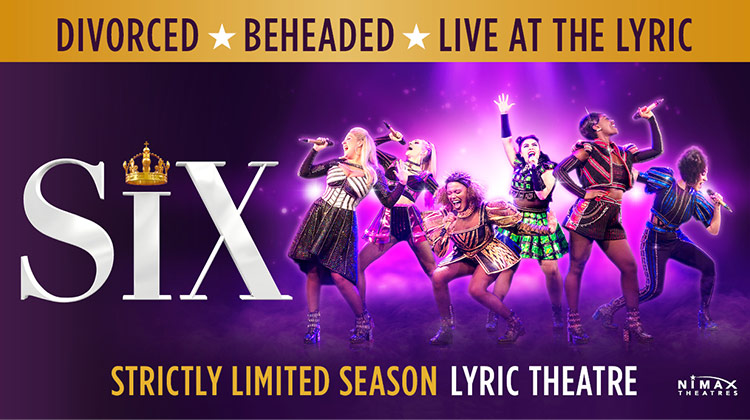 Six the Musical has extended its socially distanced run at the Lyric Theatre until 18 April 2021.

The musical by Toby Marlow and Lucy Moss will become the first West End musical to resume performances in a West End theatre from 5 December,

It is also hoped that the UK Touring cast will resume their delayed performances at the Lowry in Salford from Friday December 4, 2020 for the Christmas season if Salford avoids being designated a Tier 3 borough of Greater Manchester

SIX producers Kenny Wax, Wendy & Andy Barnes and George Stiles say, ‘Across our two UK productions of SIX we have the opportunity to give work to 100 or so actors, musicians, technicians, stage managers, production managers, costume makers, marketing, press, ticketing and office staff. We accept that with social distancing it is unlikely to be economically viable, but we hope to entertain many thousands of theatregoers who have been starved of live entertainment since March. We hope that opening SIX will help build audience confidence and bring business back to the local economy. We also understand that restarting productions, particularly musicals, remains impossible for most producers for reasons of scale, finance and lack of cancellation insurance. We continue to look forward to the day when social distancing is removed and theatre can play to 100% capacity.”

SIX will perform 9 shows a week at the Lyric Theatre. Capacity has been reduced to comply with COVID-19 Secure guidelines for social distancing plus robust risk mitigation. In addition to hand sanitation, face coverings and track and trace, other measures will include contactless tickets, temperature testing and the deep clean and sanitation of the theatre.