Monday Night at the Apollo - News

A new series of chats and performances 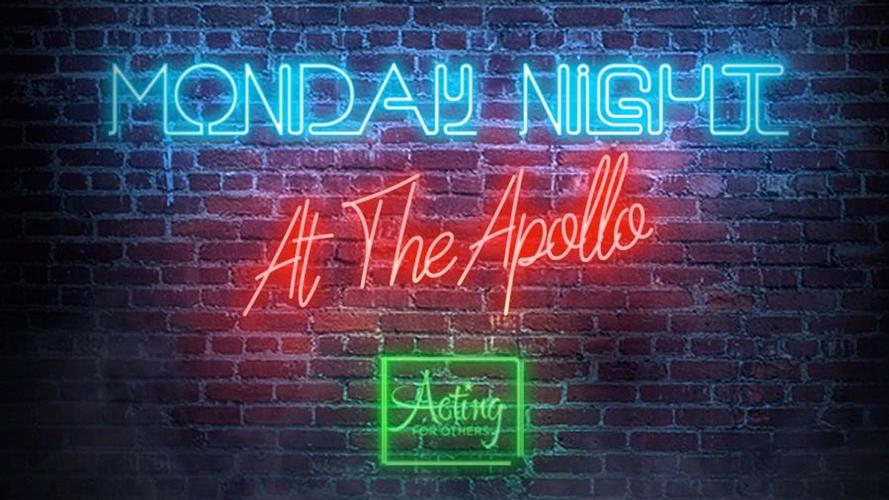 Monday Night at the Apollo is a brand-new concert series taking place in front of a socially distanced audience at the Apollo Theatre on Shaftesbury Avenue. The concerts will take place at 7pm on Monday 11 January 2021, Monday 25 January 2021 and Monday 8 February 2021, and will also be livestreamed to audiences at home.

An intimate evening of conversation and song hosted by Greg Barnett (Miss Littlewood, Duchess of Malfi), Monday Night at the Apollo will see some of the West End’s best-known performers sing an eclectic mix of music from their favourite genres. Performers will share their most cherished memories and experiences from their careers, alongside performances of music which is personal to them, in a relaxed and informal theatrical celebration.

The full line-up for the first concert on 11 January will be Rosalie Craig (Company, City of Angels), Arthur Darvil (Once, Sweet Charity), Hadley Fraser (Les Misérables, City of Angels), Lucie Jones (Waitress) and Cedric Neal (Chess,Mowtown the Musical). Performers for subsequent concerts to be announced.

Monday Night at the Apollo has been conceived of to support the theatre industry, and ten percent of all ticket sales will be donated to Acting for Others, an organisation made up of 14 individual theatrical charities.

Producers Greg Barnett and Hugh Summers said, “The challenges of 2020 have forced us, like many in the industry, to adapt and embrace unforeseen obstacles to create something new. We're excited to launch the company with a string of concerts celebrating the diverse talent of British theatre. The arts mean so much to so many people and we feel it is important to do everything we can to continue to show its value and raise awareness to the challenges it is facing. As well as contributing to the reopening of our sector, we will be raising money to support the thousands of freelancers who are struggling to survive the pandemic through the incredible organisation ‘Acting for Others'. It's time to bring audiences around the country - and beyond - the joy of live theatre once again.”