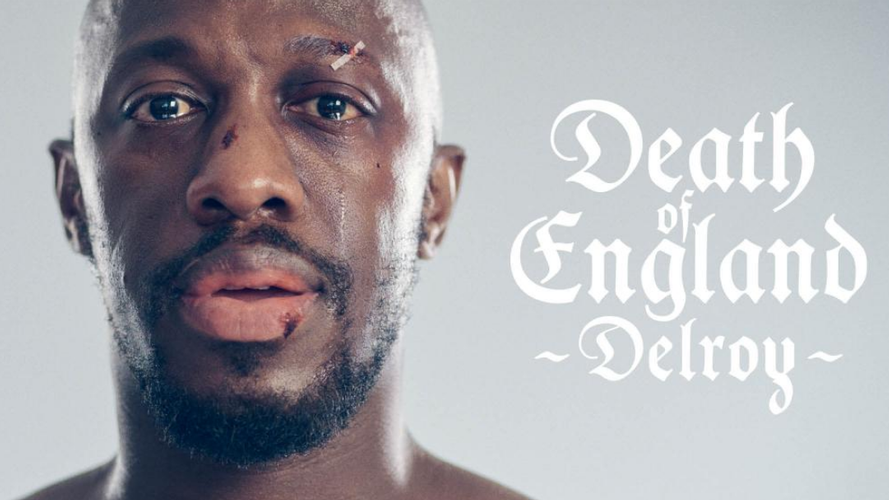 Death of England: Delroy, which was mid-way through its run at the National Theatre before it was forced to close, will be streamed for free on YouTube on 27 November at 7pm GMT and return to the Olivier Theatre in Spring 2021.

This comes as the new national Coronavirus measures regrettably resulted in the cancellation of the original scheduled run of the production, which was due to end on 28 November. All ticket holders booked in for cancelled performances have been contacted to offer a refund or credit note.

The production was captured at the final performance on Wednesday 4 November and will be streamed on 27 November for 24 hours on the National Theatre’s YouTube channel. The broadcast will be available for free with viewers invited to make a donation via YouTube or the National Theatre website. The National Theatre is making an up-front payment to the artists to enable the limited-window stream during lockdown.

Death of England: Delroy by Clint Dyer and Roy Williams and directed by Dyer, explores what it is like to be a Black working-class man searching for truth and confronting his relationship with Great Britain. The role of Delroy is performed by Michael Balogun.

To accompany the broadcast, NT Associate Ola Animashawun will host a pre-recorded discussion with Dyer, Williams and Balogun that explores their experience of creating the show under Coronavirus restrictions, and how the piece reflects on the Black Lives Matter movement.  The talk will be available for free on YouTube from 8.30pm GMT 27 November.

Clint Dyer and Roy Williams said: “We were hugely disappointed that Death of England: Delroy was unable to complete its full run in the Olivier theatre. The production team worked tirelessly, alongside the staff at the NT, throughout the rehearsal period and for the two weeks we were able to perform to the public and we want to thank them for their efforts. We are thrilled that Michael Balogun’s remarkable performance will be streamed to audiences for a limited time period of the 27 November and that we will be able to perform to live audiences once again in the Spring.”

Set and costume designers are by Sadeysa Greenaway-Bailey and ULTZ, with lighting design by Jackie Shemesh, sound design by Pete Malkin and Benjamin Grant.

Tickets for Olivier theatre performances will go on sale in the new year.