#CheerUpCharlie & West End Friends: You Will Be Found - News

The single is in aid of youth charity The Diana Award 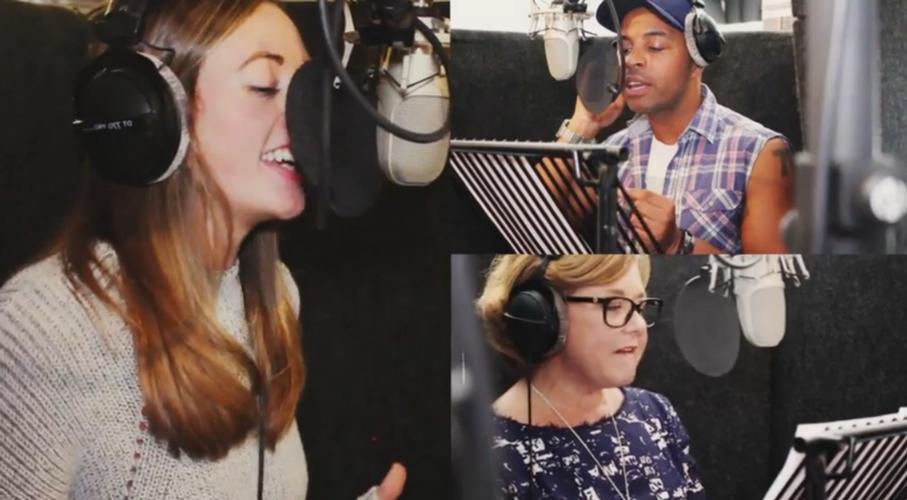 You Will Be Found by #CheerUpCharlie & West End Friends, a fundraising charity single in aid of youth charity The Diana Award, has been released by Auburn Jam Music to tie in with the start of National Anti-Bullying Week, which runs from 16-20 November.

The star-studded single is led by ten-year-old Charlie Kristensen from Wokingham, whose experience of being bullied started the viral #CheerUpCharlie campaign. Charlie is joined on the song by numerous stage and screen stars including Wendi Peters, Layton Williams and Michael Xavier, with Iain Armitage, Michael Ball, Rufus Hound, and Faye Tozer amongst many famous faces reading their supportive messages on the song’s video.

You Will Be Found by #CheerUpCharlie & West End Friends is available to download and stream via all major online music services including iTunes, Spotify, Apple Music and Amazon: here.  All proceeds will be in aid of The Diana Award, with an additional JustGiving fundraiser for people to donate more if they wish to support the #CheerUpCharlie Anti-Bullying campaign further.

Charlie Kristensen won over the hearts of the West End theatre industry and the public last year and hit the national headlines when, encouraged by his performance coach West End performer Jacqueline Hughes, he launched his #CheerUpCharlie campaign to help others, channelling his own traumatic experiences of being bullied for his love of musical theatre, and the support he received from hundreds of performers from the West End, Broadway and even Hollywood who identified with Charlie’s story. Subsequently Charlie was trained as an Ambassador by The Diana Award which runs the UK’s leading anti-bullying programme. Charlie has also set up his weekly online Musical Chairs chat show on YouTube interviewing actors, presenters and others in the spotlight.

Charlie Kristensen said: “It is an amazing feeling to have a single released and especially one that is so spectacular and sincere. I want people to associate the single with hope, determination and strength especially at this current time. I want everyone to recognise this song and for it to help people understand life isn't perfect, we aren't perfect but we are amazing just the way we are.”

Tessy Ojo, CEO of The Diana Award, said: “We are incredibly grateful to Charlie and all his West End Friends for their support.  Charlie’s courage in the face of his own bullying experience is an inspiration to us and the thousands of young people who will hear about his story. He reminds us daily how important it is to do the right thing, not the easy thing.  He is a fantastic Anti-Bullying ambassador and everyone at The Diana Award is proud of him.”

Music producers Nikki and Joe Davison from Auburn Jam Music approached Charlie and Jacqueline after they saw Charlie’s story on Twitter last year. They invited Jacqueline to bring Charlie to their studio to have his first experience of recording, and Jacqueline put the word out to some of her fellow West End performers who had shown Charlie support to see if they might like to record with him. The song choice was obvious to everyone - the powerful anthem You Will Be Found from hit musical Dear Evan Hansen, about the courage it takes to be yourself through tough times until you find your people. Nikki and Joe wrote a new pop orchestration and arrangement to accommodate the many voices, and they were so moved by how many performers came together in support of the #CheerUpCharlie anti-bullying message, that they thought the world should hear it! So, they created a video featuring studio footage along with some of the amazing messages of support Charlie received from stars of stage and screen. They hope that through this they can raise awareness and financial support for the brilliant work that The Diana Award does.