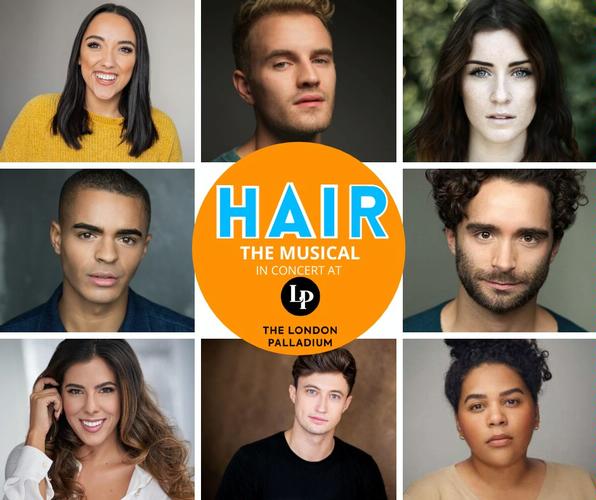 In February 2019, Paul Taylor-Mills launched the inaugural MTFestUK season which ran at The Other Palace followed by a second season at the Turbine Theatre in February 2020. Next year’s season will run from 1 – 13 February 2021. MTFestUK is a celebration of new musical theatre from around the world, and submissions are now open with shows for consideration to be sent tosubmissions@paultaylormills.com

MTFestUK will follow the Turbine Theatre’s first pantomime, Cinderella: The Socially Distanced Ball, which will now be running from 3 December to 23 December 2020 and Hair The Musical (In Concert), directed by Arlene Phillips, originally part of the Jetty Season, which will now run at Southampton Mayflower Theatre on the 14 & 15 January, and at the London Palladium on 16 January 2021.

Paul Taylor-Mills, Artistic Director, Turbine Theatre said “There’s no denying that 2020 has been an impossible year for everyone, but particularly those who are passionate about getting new work off the ground. When we finally come back to a ‘new normal’ it’s going to be crucial that we continue to shine a spotlight on new work and the people that make it.  With this in mind, I’m so proud that we’re able to ensure that MTFestUK returns for its third year.

When I started the festival, it was a way of putting new work in front of an audience to see if it resonated, and for writers to explore what might be practical next steps. I’m thrilled that out of the seventeen musicals presented in our first two years, seven of them are now in further development or moving towards full-scale productions.

If you have a new musical or indeed an existing musical that has needs a re-think then we want to hear from you”.

MTFestUK revels in the diversity of stories on stage and the people who make the work. It sets out to promote quality artistry with a view to showcasing and elevating projects to full production, giving audiences an insight into the process of creating new work and into the art of collaboration.

The festival will promote the best of new British work and at the same time forge overseas partnerships and find new ways to share processes and artists.

MTFestUK is for both industry professionals and the theatre going public and our ambition is to run the festival every February in the UK and, in time, extend the festival to further territories beyond the UK.

At the centre of the festival are eight presentations of new musicals, all presented in a semi-staged fashion.

We are reaching out for submissions of work to be considered for MTFestUK 2021.

Applicants need to include:

A 150-words synopsis about the show.

A paragraph about the creative team and journey of the project to date.

Two songs that show off what the musical has to offer.

Listening to and watching new work is a very personal experience. Ultimately, it’s all a question of taste. That said, here’s a list of helpful notes of what we’re looking for:

How does your work connect to the present? We want musicals that speak to the here and now and that have something to say about the world we live in.

We’re not afraid of ambitious work of scale. The main question we ask ourselves is: does the work move us in some way? Does it make us think, laugh, cry or something else?

There are no rules as to how developed or finished a piece needs to be. Previous shows have had a life on Broadway and have been re-written, other pieces had a few songs. We're interested in ideas and the potential future of pieces, not necessarily how much is done.

For full details and more information about submitting a musical, go here