The Lion, The Witch and the Wardrobe tour - News 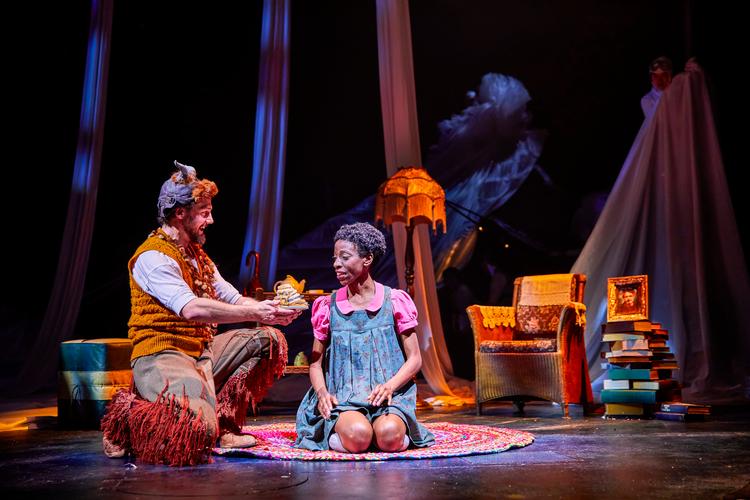 Lewis’ classic The Lion, the Witch and the Wardrobe, voted the nation’s favourite book in 2019, will begin a major tour of the UK and Ireland at Curve, Leicester on Tuesday 2 November 2021.

The show, which broke box office records at Leeds Playhouse in 2017 and played to packed houses and critical acclaim at the Bridge Theatre in London in 2019, will travel across the UK & Ireland, including a 6-week Christmas season at The Lowry in Salford.

Step through the wardrobe into the enchanted kingdom of Narnia. Join Lucy, Edmund, Susan and Peter as they wave goodbye to wartime Britain and embark on the most magical of adventures in a frozen, faraway land where they meet a Faun, talking Beavers, Aslan, the noble king of Narnia, and the coldest, most evil White Witch.

This critically acclaimed production is “A theatrical miracle” (The Times).

The tour will be directed by Michael Fentiman, based on the original production by Sally Cookson with original Set and Costume design by Rae Smith.  Michael’s previous productions include the Olivier Award-nominated Amélie (Watermill Theatre/The Other Palace/UK Tour), The Importance of Being Earnest (Vaudeville Theatre), the 50th anniversary production of Joe Orton’s Loot (Park Theatre/Watermill Theatre), Titus Andronicus and Ahasverus (Royal Shakespeare Company), The Taming of the Shrew (Sherman Theatre/Tron Theatre) and, as director and writer, CinderELLA (Nuffield Southampton) and The Last Days of Anne Boleyn (Tower of London).

The Lion, the Witch and the Wardrobe is produced on tour by Elliott & Harper Productions in association with Catherine Schreiber and based on the original Leeds Playhouse production.