Songs for a New World - News

The show is back to the West End 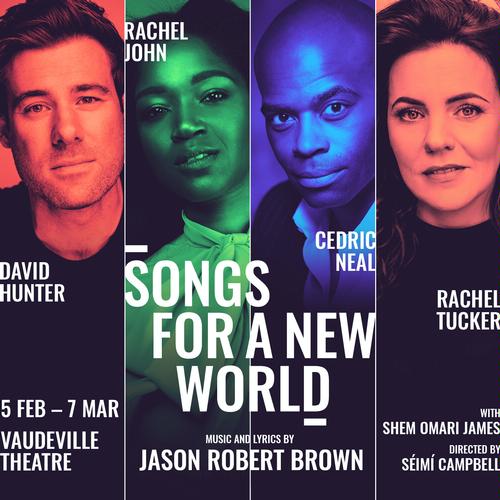 Lambert Jackson Productions announced today that the production of Jason Robert Brown’s Songs For a New World will transfer to the Vaudeville Theatre for a strictly limited run from 9 February, with previews from 5 February, running until 7 March. This comes after the  success of the production at The London Palladium in early October, where it was the first new musical to be staged in the West End since the Covid-19 pandemic!

As The London Palladium welcomes back its first audiences since closure in March 2020, and in line with current Government guidance, this event will be hosted under social distancing, with venue-wide safety mitigations, including the wearing of face coverings. Full information about safety measures and requirements will be sent to ticket holders ahead of the event.