An extra date for the show has been added 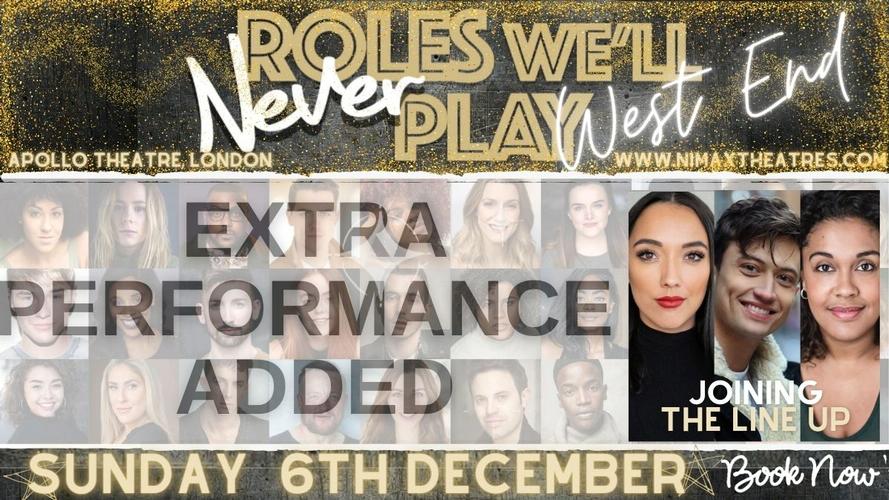 After selling out their West End show in less than a day, Roles We'll Never Play have added an extra date at the Apollo Theatre, London. The extra show will take place on Sunday 6th December at 6:30pm due to overwhelming demand.

Grace Mouat (& Juliet / Six), Bernadette Bangura (Sunset Boulevard/Ragtime) and Jordan Luke Gage (& Juliet / Bat Out Of Hell) will join the line up for this added show.

Roles We'll Never Play will see performers singing songs outside of their casting brackets for one night only! There are no limits. Following on from two successful years of sold out concerts in London, Tom Duern is excited to bring ROLES WE'LL NEVER PLAY to the West End. This is an exceptional cast so expect big performances and show stopping vocals. The concert is directed by Sasha Regan with Musical Direction by Flynn Sturgeon and hosted by Carl Mullaney. The concert is produced by Tom Duern.