The winter 2020 season at Southwark Playhouse 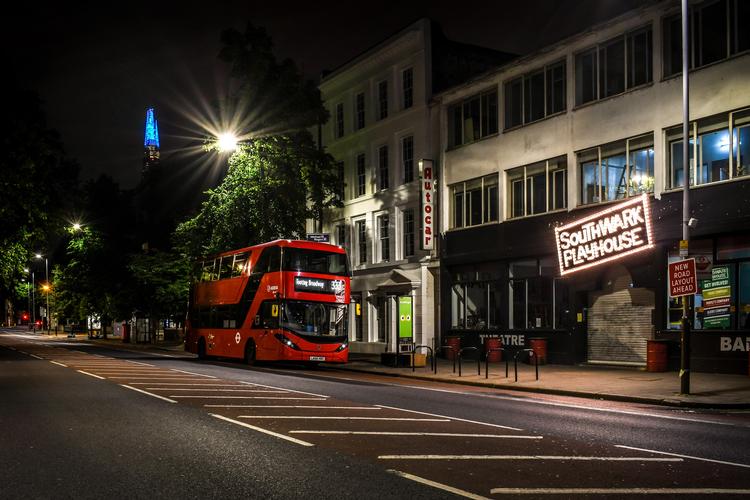 Southwark Playhouse today announces Nick Payne’s Constellations as the next show to follow the current run of The Last Five Years  and Philip Ridley’s The Poltergeist in its new socially distanced auditorium. The production will play for three weeks from 26 November – 19 December 2020 to a live socially distanced audience of 110 (just under 50% of the usual capacity). Tickets are £14 for all previews and then £22 or £18 for concessions. From December, The Little theatre space will stop becoming a bar and host a mini-season of three musical live streams: The Fabulist Fox Sister on 4 and 5 December, Public Domain on 11 and 12 December and Stay Awake, Jake on 18 and 19 December. All tickets for the livestreams are virtual and available internationally – there will be no live audience in the space. They’re priced at £10, going up to £15 during show week. This mini-season comes after the success of the Playhouse’s first livestream from The Little last month, Before After starring Rosalie Craig and Hadley Fraser, which was watched by over 3000 people from 44 different countries across the world.

The current production at Southwark Playhouse is Jason Robert Brown’s The Last Five Years, which runs until 14 November. It will be streamed for 5 performances from 26-29 November 2020 via stream.theatre. After The Last Five Years, the world premiere of Philip Ridley’s The Poltergeist plays from 20-21 November 2020 with a live socially distanced audience and a simultaneous livestream.

Nick Payne’s Constellations explores how even the smallest change in our lives can dramatically alter the course we take. It is a spellbinding exploration of love, science, heartbreak and hope.

Premiering at the Royal Court in 2012, Constellations went on to receive critical acclaim in the West End and on Broadway. It returns to London this Christmas, starring Ronk? Adékolu?jo (Three Sisters – NT, Been So Long) and Oliver Johnstone (All My Sons – Old Vic, On Chesil Beach), directed by Jonathan O’Boyle (The Last Five Years, The View Upstairs).

Winner of the 2012 Evening Standard Award for Best New Play, Constellations speaks to the power of human connection against all odds.

‘People want to believe in something. Why not this?’

New York, 1892: Kate Fox, the woman who inadvertently invented séances is holding her last one. A final audience gathers in her apartment to watch as she conjures the ghosts of her two sisters to tell the story of their lives and the religion they accidently began.

Loosely inspired by the loosely true story of Kate Fox, The Fabulist Fox Sister is a silly, scathing and sardonic one-person musical inspired by our own era of approximate truth.

In this world premiere production conceived entirely for multi-camera streaming, the role of Kate will be played by Michael Conley who also wrote the book and lyrics. This won’t be the first time he’s played to an empty room, though it will be the first time it’s intentional.

Directed by Adam Lenson, with music by Luke Bateman and book and lyrics by Michael Conley The Fabulist Fox Sister gives you all the magic of live theatre but with more legroom and cheaper drinks.

‘and just like that we felt a little less alone’

A dark, funny, verbatim musical about the internet: Those who own it; those who live in it; and you.

This high-adrenaline, electronic thrill ride is made entirely from the words of YouTube vloggers, Instagram influencers, Facebook’s tech giants, and everyday internet users. It’s like Black Mirror but real, and set to music.

Written and performed by Francesca Forristal and Jordan Paul Clarke, Public Domain takes words spoken and typed in the last year to build a unique portrait of the digital world that is every bit as mesmerising as it is terrifying.

The first song from the show was written for Newsfeed, a 2019 Southwark Playhouse event that asked writers to create songs based on that week’s news. Exactly one year later this first iteration of the show returns to the same room where it began.

This live concert staging is conceived specially for multi-camera streaming and will give audiences a first chance to experience the music, characters and story of Public Domain.

Tim Gilvin’s multi-award-winning one-act musical Stay Awake, Jake is a bold and innovative new musical that tells the story of one man’s journey across England’s deserted motorways in the middle of the night, as he drives from London to Carlisle to be reunited with his girlfriend Sofia.

Stay Awake, Jake is about love, responsibility, fatherhood, and ultimately what it means to be a man in the 21st century. Over the course of the show, we learn more about Jake’s life, his past, and what it was that made him decide to get in his car and drive the length of the country at 2am in the morning.

The show won the S&S Award for best un-produced musical in 2014, and the VAULT Festival Origins Award for new writing in 2016. This new production features new songs, and new orchestrations for a four-piece band. Casting is to be announced.