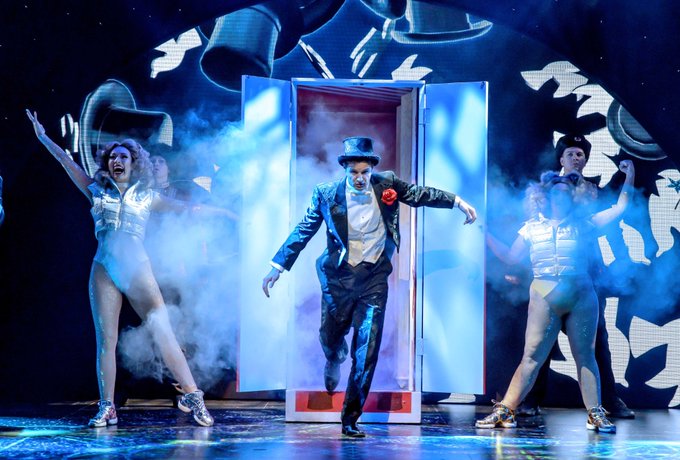 Magic Goes Wrong, the box office hit created by Mischief Theatre with Las Vegas legends Penn & Teller, is delighted to announce today that it will return for a magical eight week run at the Vaudeville Theatre, from 10 December 2020 through to 31 January 2021.

Mischief Theatre previously announced that its first show, the award winning The Play That Goes Wrong, will reopen at the Duchess Theatre from 19 November 2020.

“We at Mischief are absolutely delighted to be back at the Vaudeville Theatre presenting the same show, now with less assurance and no insurance.”

Audience capacity has been reduced to comply with COVID-19 Secure guidelines for social distancing plus robust risk mitigation. In addition to hand sanitation, face coverings and track and trace, other measures will include contactless tickets, temperature testing and the deep clean and sanitation of the theatre. The Authors and the Director will be looking at various moments in the play in terms of rewrites and restaging to comply with Government guidelines. For further information please visitwww.nimaxtheatres.com/covid-19-secure/

“We are one of a handful of small / middle scale productions who have low enough running costs to open with a socially distanced audience and even though we are unlikely to make a profit we will be employing over 100 staff across the three productions in London and Bath. We are still taking a significant risk without a government backed insurance scheme to cover further business cancellation due to COVID ’19.”

Mischief Theatre Ltd. was founded in 2008 by a group of acting graduates of LAMDA and began as an improvised comedy group. Mischief performs across the UK and internationally with original scripted and improvised work and also has a programme of workshops. Mischief Theatre is delighted to have The Play That Goes Wrong returning after lockdown to the Duchess Theatre from 19 November 2020. Their recent six-part TV series called The Goes Wrong Show was aired on BBC One. The company is owned and controlled by its original members and is led by a creative group and its directors Henry Lewis and Jonathan Sayer.

The cast is completed by Natasha Culley and Lauren Ingram.