The War of the Worlds - News

The next show of the "Show Must go On" Series 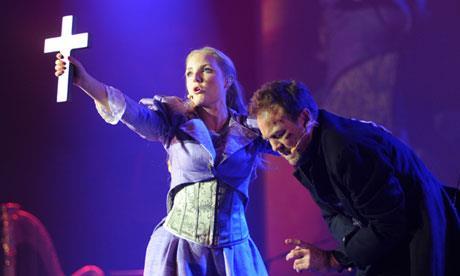 Jeff Wayne's The War of the Worlds will be streamed online from Friday night on the Youtube Channel "The Show Must go On".

The musical is based on the hit novel by HG Wells and Wayne's iconic album, the stadium tour features a l Martian Machine, with fire effects, while Wayne conducts the orchestra for the live show. It stars Kerry Ellis, Ricky Wilson and Marti Pellow.

Wayne's album first premiered in 1978, and is now one of the best-selling of all time. A five-hour Audible version of the show has been made featuring with a cast including Michael Sheen, Taron Egerton and Ade Edmondson. Due to the ongoing pandemic, the 2021 arena tour of War of the Worlds was postponed and will now tour from March 2022.