The announcement at Britain's Got Talent 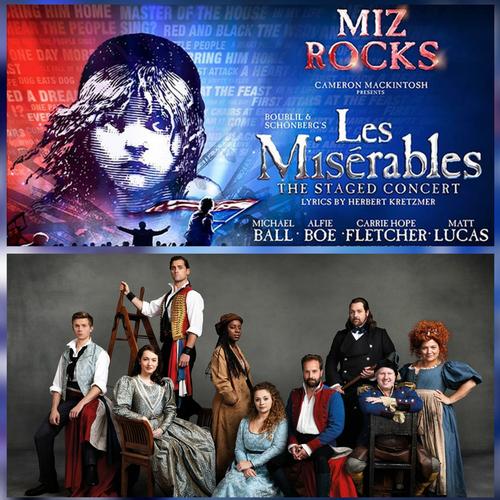 Les Miserables  - The Staged Concert is opening in London on the 5th of December 2020 for 6 weeks at Sondheim Theatre.

Cameron Mackintosh says, “the beautiful new Sondheim Theatre will re-open its doors so audiences can once again leap to their feet thrilled by Victor Hugo’s timelessly uplifting story of the survival of the human spirit told through Boublil and Schönberg amazing iconic score – Let The People Sing.  Happy Christmas to us all.”

Covid safety measures and social distancing will be in place front of house, on stage, backstage and throughout the building. Tickets: here.

The original Cameron Mackintosh/RSC 1985 production of Les Misérables played at the Barbican and Palace Theatres before continuing its record-breaking run at the Queen’s Theatre.  In July 2019 Mackintosh closed the original production and Queen’s Theatre which was totally re-built with a spectacular new auditorium.  It re-opened after four month’s work as the Sondheim Theatre with the new version of Les Misérables which opened to stunning reviews last January and hopes to return to the West End next Spring.

During the four-month closure Mackintosh mounted a four-month sell-out season of Les Misérables – The Staged Concert with this cast next door at the Gielgud.

Produced on stage by Cameron Mackintosh, Les Misérables is the longest running musical in the world, having run over 35 years and been performed in 52 countries and 22 languages and won over 100 international awards. The combined audience for the show and the Academy Award winning film is 120 million people. The film is one of the 10 biggest movie musical box office successes of all time.

*Please note that at certain performances John Owen-Jones will play the role of Jean Valjean. 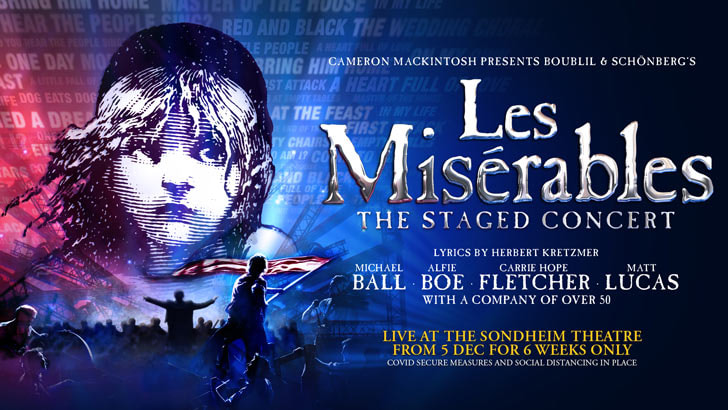