A special socially distanced season for the London venue 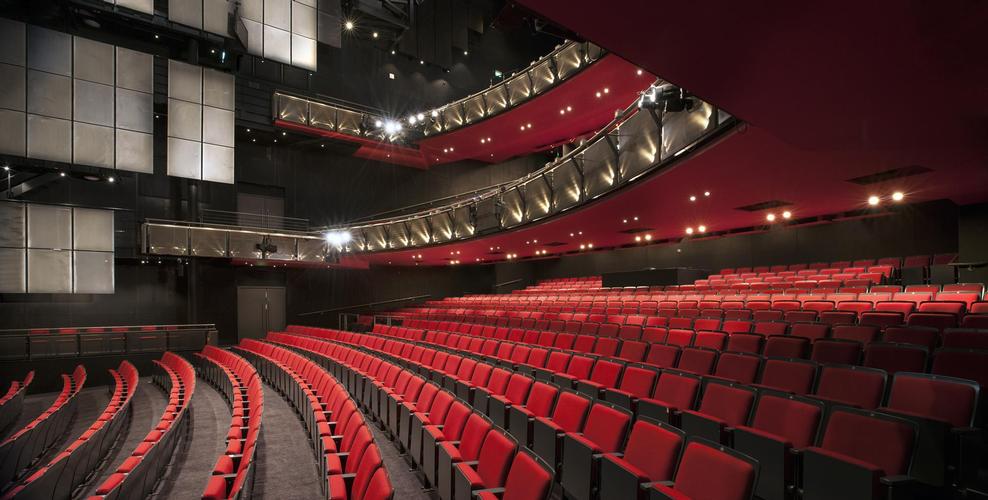 Sadler's Wells has announced a special new season of live dance and digital content for Autumn 2020, including further performances for socially distanced audiences.

Sadler’s Wells New Wave Associate Alexander Whitley and his company return to the main stage with performances of new work Overflow from Friday 27 - Saturday 28 November, receiving its London premiere, following the cancellation of its original run in April 2020 as part of Sadler’s Wells Digital Edition due to national lockdown. Known for his adventurous use of technology, Whitley’s Overflow considers how our desires, fantasies and vulnerabilities are powerfully influenced by social platforms and explores what lurks beneath our compulsions to check, share and like. Featuring a dazzling kinetic light sculpture by Children of the Light, costumes from award-winning designer Ana Rajcevic and an original score from London-based producer?Rival Consoles,?whose music features in the Netflix series Black Mirror, Overflow delves into what it means to be human in the era of big data.

Breakin’ Convention takeover Sadler’s Wells Theatre in December, presenting its first live events since lockdown and the cancellation of the 2020 Festival. Hosted by Sadler’s Wells Associate Artist and Breakin’ Convention Artistic Director Jonzi D, Social DisDancing is a mini-festival of new work showcasing the best of hip hop dance. The evening features performances from AIM, the high-energy all female popping crew; a London premiere for Jamaal O’Driscoll, featuring b-boy Marius in a duet exploring duality and mental clarity; and a world premiere from renowned East London company and Breakin’ Convention favourites, Boy Blue. The event will also feature film screenings, including a showing of Jonzi D and jessica Care moore’s recent work, the powerful Our Bodies Back, a riveting dance film that speaks out against anti-Black racism and honours the lived experiences of Black women past and present. Breakin’ Convention Social DisDancing runs Friday 11 - Saturday 12 December 2020.

Christmas returns to Sadler’s Wells with performances of Ballo Arthur Pita’s magical family favourite The Little Match Girl, following five hugely successful Christmas seasons in the Lilian Baylis Studio. Based on Hans Christian Andersen’s classic story, director and choreographer Arthur Pita presents a beautiful reimagining of The Little Match Girl through dance, song and Frank Moon’s atmospheric music performed live on stage. On an icy cold Christmas eve in an imaginary Italian town, the little match girl wanders the streets with just one final match to keep her warm. Along her journey she encounters kindness and cruelty, in a timeless fable about family, friendship and hope. The Little March Girl runs across the festive season from Thursday 17 - Sunday 27 December, this time in Sadler’s Wells Theatre to allow social distancing for audiences to take place.

Tickets for all live performances are available via priority booking from Monday 12 October and on public sale from Thursday 15 October. These events follow Sadler’s Wells’ first public socially distanced performances since lockdown, presented by Birmingham Royal Ballet at the end of October. Performances of Lazuli Sky, a new programme inspired by socially distancing and the first commissioned by Carlos Acosta in his new role as Artistic Director, run from Thursday 29 to Saturday 31 October 2020, in Sadler’s Wells Theatre. Further information about all performances and ticket sales are available from sadlerswells.com.

In order to help artists, audiences and staff members to feel safe and enjoy these performances, Sadler’s Well has introduced a series of new safety measures and are closely following all UK Government guidance in presenting these events. Ticket bookers will be sent full information about all coronavirus safety measures in advance of the performance, so that they may plan accordingly and feel as secure as possible during their visit. These guidelines are also available on Sadler’s Wells website via the following link. If these performances are unable to be presented due to changes to UK Government coronavirus restrictions, customers will be contacted as soon as possible and given the option to receive a full refund. Sadler's Wells, alongside all companies performing in upcoming events, have also followed recommended UK government protocols in order ensure the safety of all artists and crew involved by creating performances in a covid-secure environment.

In addition to live performances, Sadler’s Wells also extends its digital offering, with further details of Digital Stage In Focus announced today. This new series, featuring Sadler’s Wells in collaboration with three world-renowned dance companies, began in September with Sadler’s Wells x Hofesh Shechter Company, a hugely successful partnership that drew more than 1.4 million views globally. Each collaboration features a digital screening of a full-length performance made available for seven days; a Get Into Dance Workshop, which is a 30-minute introductory level session devised by each company in its own distinct dance style; and a bespoke piece of digital content created especially for this series. Digital Stage In Focus is free for all audiences with content released via the Sadler’s Wells website, Facebook page, Instagram and YouTube channels.