"We represent a whole entertainment sector" 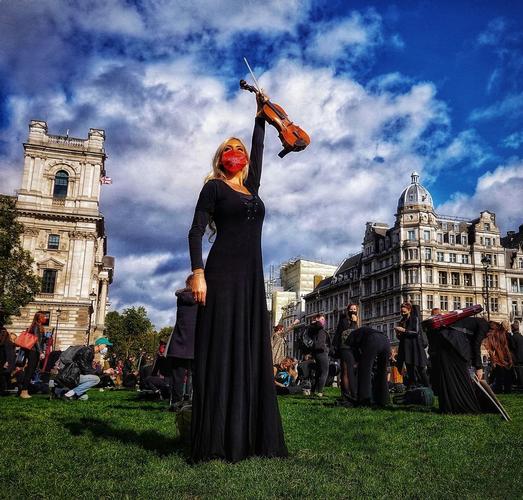 400 musicians staged today a mini concert to highlight the impact of coronavirus calling for financial support from the government.

Organised in tandem with the #WeMakeEvents and #LetMusicLive campaigns, today’s event outside the Houses of Parliament was also backed by the Musicians’ Union.

After a short section of the ‘Mars’ movement from Gustav Holst’s The Planets, all the musicians stood in silence for two minutes.

'Our members want to work. They want to be able to work for all sorts of reasons but mainly of course to make a living. If they're unable to do that because of the almost ban on live music the government has put in place, then we need financial assistance.' said Keith Ames of the Musicians' Union.

British violinist Tasmin Little has warned of a “cultural desert” in the UK,  and added: “We are surrounded by some of the most important musicians in our country,” Little said before the performance. “These are the players who provide the soundtrack for your favourite Netflix series. They’re also the people who play in our West End theatres. These people represent not just musicians – they represent a whole entertainment sector.”