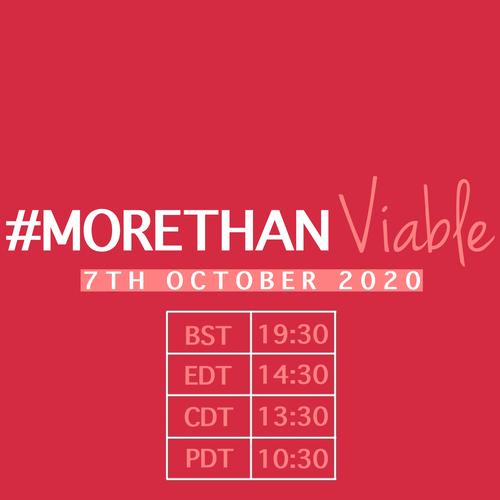 The Performing Arts sector has united in a social media protest to highlight the urgency for government help. Utilizing the hashtags #MoreThanViable #NotLowSkilled, creatives and fans are uploading highlights of their skills and support at exactly 19:30 (BST) 7th October.

The goal is simple, to manipulate algorithms and encourage as much exposure on the industry as possible. Willy Mukendi, Creative Manager of The Musical Theatre Appreciation Society says ‘We’re at that stage now, where there has been such a disrespect to our industry, that we need to demand our voices to be heard. There has been so much focus on mass survival, that the government have forgotten to allow us to live. The issues faced with being able to open theatres safely are valid, but we need financial security to allow us to survive. We need help’. Supporters of this campaign include Luke Bayer, (Everybody’s Talking About Jamie), Cleve September (Hamilton), Blake Patrick Anderson (Be More Chill) and Maiya Quansah-Breed (Six).

Chancellor, Rishi Sunak has recently encouraged creatives to find other opportunities and train in new skills. The protest aims to wake up wider audiences and remind them that the Arts is worth fighting for.

Instructions listed are as followed: On the 7th October 19:30 (BST), we call for those in the industry to take to social media and do what we do best. Post a snippet singing, dancing, signing, playing an instrument, showcase your artwork. It’s imperative we do at the same time and use the hashtags #MoreThanViable #NotLowSkilled. Our aim is to control the algorithms of social media and demand for our voices to be heard at a time that we are being silenced. To the fans who do not perform, please post photos of yourself at stage door… If you are not from the UK, please use a convertor so we can hit social media at the exact same time. They will hear the people sing.