The production will be filmed and broadcast online 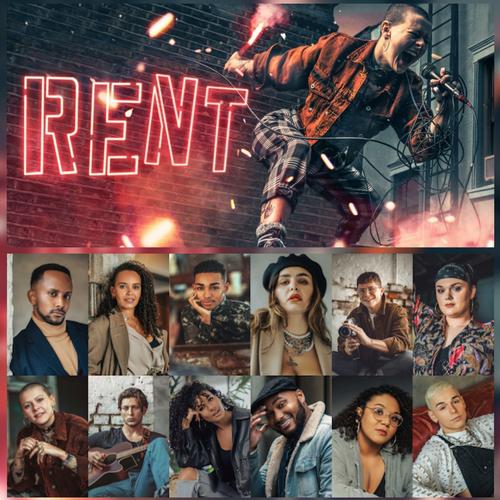 Hope Mill Theatre are delighted to announce that after selling-out the live run of their revival of the classic rock musical RENT in only 48 hours, the production will be filmed and broadcast online to a  strictly limited number of viewers.

Captured during a live performance by Umbrella Rooms, the production will then be made available over four weekends during the production’s run, starting from the final two weeks.

“One of the hardest challenges we faced as a venue was producing Rent with the current restrictions on our seating capacity as a result of social distancing being in place. The option of operating at 50% capacity during the run was financially completely unviable and meant we stood to have a large financial deficit as an organisation, which at this time we are unable to allow. So being offered the opportunity from the rights holders to make up our lost capacity with the chance for audiences to view an online version of the show is incredible and has allowed us to move forward with staging such an ambitious production during this time. Although it will not be a live stream, we will be filming the show live in its entirety and then working alongside our video team and creatives to beautifully and intimately capture the real essence and heart of our production, so that audiences feel as though they are part of the action. This is a rare opportunity for us and we cannot wait to be able to share our unique and special production with more audiences.”

Online tickets will be available over the following weekends:

Online tickets are available from 10am on Friday 9th October 2020. For more information or to register for priority booking, which will allow you to book 24 hours before general on sale  here.

The 12 company members will receive a Covid-19 test prior to being placed in one household (bubble) for the length of the run in Manchester.

Artwork by Feast Creative and video content by The Umbrella Rooms.

Hope Mill Theatre will be operating with strict covid guidelines in place in line with the Government guidance for the performing arts.

This will include operating at 50% capacity per show with audience rows spaced 2 metres apart and a transparent safety screen separating bookings.

The show will rehearse with social distancing in mind and in a Covid19-Secure environment.

The venue will be clearly signposted with essential information and will put in place hand sanitising stations, extra toilets for patrons, staggered arrival times and temperature checks on arrival.

The theatre space will be fully sanitised before each performance and audiences will be asked to wear face coverings during the show or visors for those who are exempt.

In line with current guidelines the venue will not allow groups of more than 6 people per booking from different households and will be collecting audience details to comply with the NHS Test & Trace scheme.

RENT is a rock musical with music, lyrics, and book by Jonathan Larson and is loosely based on Puccini's opera La Bohème. It tells the story of a group of impoverished young artists living, loving and working in Manhattan's East Village, under the shadow of HIV/AIDS.

The show premiered off Broadway in 1996 before moving to Broadway later the same year. The show has been staged all over the world, including in the West End in 1998 and in 2005 was released as a motion picture. It features hit songs such as Rent, Without You, La Vie La Bohème and the iconic Seasons of Love.