This is no Panto. But it feels like - News

What's next for theatres? 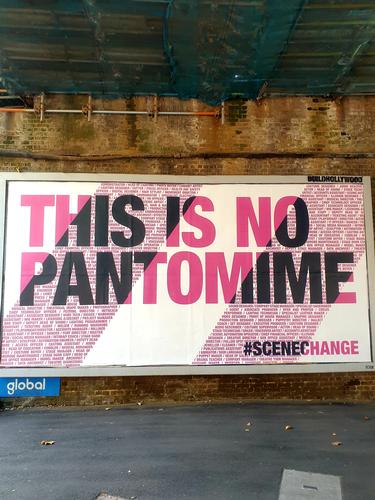 A few days ago, Culture Secretary Oliver Downed announced the Government was working on a plan to reopen theatres. "My officials are working on 'Operation Sleeping Beauty' which aims to bring back some of the magic of theatre for families this Christmas”, he announced.

After only a few days, he said in an interview:  "much as I would love further easement, we cannot do it at this stage."

Business secretary Alok Sharma has this week outraged workers in the struggling sector – such as theatre – after he suggested that the government could help some of them get “better jobs”.

Boris Johnson announced a few weeks ago a plan for rapid Covid tests. Specifically, Johnson said this means that theatres could see something "close to normality" before Christmas. Again, after a few days, he said that his “moonshot” would not be implemented for some time.

And while London mayor Sadiq Khan is in talks over possible new restrictions for the capital, today the news report that Britain’s biggest cinema chain, Cineworld, is set to close all its 128 cinemas, which would put up more than 5.000 jobs at risk.

Thirty-two scientists signed one letter warning the government is heading down the wrong road and must reconsider its policy to suppress the virus, adopting a targeted approach instead. There is an increasing consciousness that the restrictions and rules regarding coronavirus are causing huge harm and suffering to millions.  The loneliness, the isolation, the reduction in exercise, the increases in cardiovascular risk, the mental strain, the delayed seeking of medical attention for other diseases and conditions, the locking up of students, the banning of seeing loved ones/families, the systematic damage to almost all aspects of society, from hospitality venues, theatre, music, criminal justice systems, sport is unprecedented.

What’s next, then? How can the entertainment industry survive if theatres, venues, and cinemas are closed, and they are left without support, and without a light at the end of the tunnel?