Can theatres survive other six months of restrictions? - News

Thousands of jobs are at risk 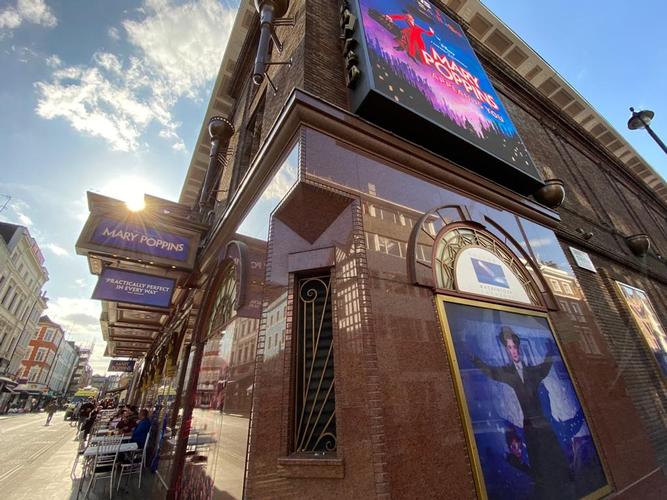 If a man cannot breathe, how can the oxygen go to the blood?

If theatres cannot sell tickets, how are they supposed to survive?

Why the arts have been viable enough until now, but this is no longer the case, according to the Government?

The Jobs Support Scheme (JSS), a form of wage subsidy for “viable” jobs, will replace the Job Retention Scheme (JRS) that is coming to an end next month, the Chancellor has announced this week.

Union leaders and campaigners say it is “too little too late.”

The package once again ignored the arts and creative industries, where many workers are facing redundancies. But the arts and culture industry contributes £ 10.8 billion a year to the UK economy.

“Since August 15, indoor theatres have been allowed to reopen with social distancing measures in place, allowing for around 20-30 percent audience capacity. For the majority of theatres, however, opening with social distancing is not economically viable as they need around 60-70 percent audience capacity to just break even. Fortunately theatres are currently exempt from the new restrictions but it will be disastrous for those that have announced plans to reopen if they have to close again and could lead to further job losses. We estimate that a significant majority of the 290,000 workforce in the theatre/performance arts sectors will be unemployed or facing redundancy once furlough ends on October 31. In the theatre sector, 70 percent of the workforce is estimated to be freelance/self-employed. Of these, 50 percent have not qualified for any COVID related support payments and we fear many in the sector will not be able to benefit from the job support scheme. What we need from the government is: a realistic time frame for when we can reopen to fuller audiences and play our part in bringing audiences back into the West End; a government-backed insurance scheme for business interruption cancellation which includes Covid Risk; an extension of the Theatre Tax Relief scheme and an extension of the five percent cultural VAT rate on tickets sold so that it can help us when we are able to reopen.”

“We want to welcome audiences back as soon as we can, but the situation is constantly changing. We have had so many different plans for this year already and we are working on a plan to open with some socially distanced work, but developments over the past couple of weeks are making us rethink. Until we can reopen to full houses without social distancing it doesn’t stack up financially. We are now making tough decisions about how to safeguard the Lyric’s future, including reducing costs and entering redundancy consultations.”

“Why does this Government refuse to see what we are worth and what we offer the country? Less than three weeks ago, theatres were encouraged to back to business as usual as part of Operation Sleeping Beauty. Now they have left the entire industry high and dry, without the means to retain a workforce that can’t return en masse until theatres reopen in full - to say nothing of the tens of thousands of freelance artists ineligible for any income support whatsoever”, says Producer Sonia Friedman. “With mass testing miles away, new restrictions in place for six months, and still no insurance scheme to safeguard socially distanced performances, fully re-opening remains some way off – but the chancellor’s implication that our businesses are unviable is outrageous. Theatre has proved itself a British success story domestically and internationally, generating £6 for every £1 of funding. The West End as an ecosystem brings £5 billion to London's economy alone. We’re not just viable, we’re one of the most valuable, innovative and essential industries on the planet, but without sector specific support to cover our temporary crisis, we are being abandoned by a government content to throw in the towel”.