A song to to raise funds for Theatre workers 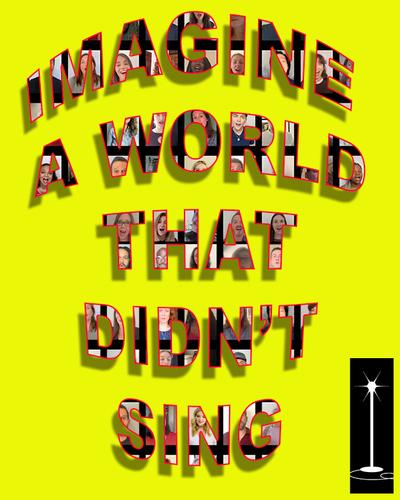 In defiance of this disastrous era for the Arts, there have been some inspiring stories of artistic collaboration, that wouldn’t have been likely to happen before the pandemic hit.

Imagine A World That Didn’t Sing is a love letter to musical theatre. A video recording of the song will be available to watch on all major social media platforms with donation links to Theatre Artists Fund, Musicares and the BYMT Access to the Arts Campaign.

The song was written by award winning LA based composer Alexander Rudd and UK based writer/lyricist John Nicholson. What started out as a small project to encourage and support a group of BYMT members during lockdown grew exponentially.

John Nicholson said; “When we put the call out to professional singers to collaborate, the response to both the appeal and to the song was overwhelming and humbling. The 15 BYMT members have ended up singing alongside Grammy award winners and some of the highest profile movie recording artists in the industry.”

Jon Bromwich, Executive Producer of BYMT (of which Ed Sheeran is both a Patron and alumnus) said; “As well as helping amplify the message about the cliff edge still facing theatre workers here and, in the US, this was a fantastic opportunity for BYMT members. We also very much hope it will help raise funds for our Access To The Arts Campaign – designed to help ensure that financial hardship should not be an obstacle for young people of all backgrounds one day joining the next generation of musical theatre performers.”

Many of the professional singers who have contributed to this recording are recording artists in their own right. Between them, singing credits include numerous Disney films (Frozen), numerous Hollywood blockbusters (La La Land), songs and albums with Billy Eilish, Pharrell Williams, Paul McCartney, Willie Nelson, Leonard Cohen, Miley Cyrus, Sheryl Crow and Allison Krauss (to name but a few).

The song is taken from a musical, recently penned by Nicholson and Rudd for BYMT which Luke Sheppard (& Juliet) directed in 2018. It wittily references many of the long running musicals that have been put on hold since March and asks a simple rhetorical question – imagine a world that didn’t sing. The song has been endorsed by Lord Lloyd Webber.