A live concert, streamed in the comfort of your own home 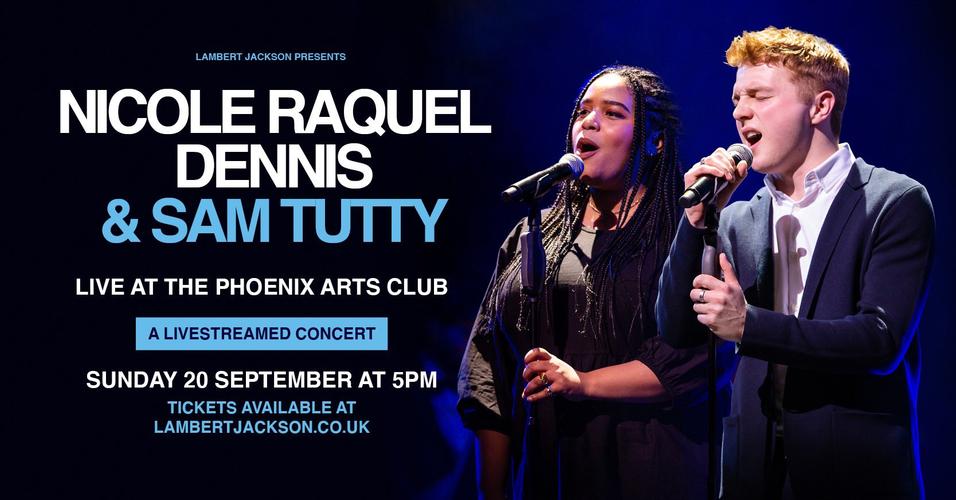 Dear Evan Hansen co-stars Sam Tutty and Nicole Raquel Dennis will join forces for a one-off concert on Sunday 20th September. The pair will play live to an empty Phoenix Arts Club with the gig being live-streamed.

They first met at the airport on their way to New York for their final audition of 'Dear Evan Hansen'. During the show, they became great mates and are reuniting for this special concert at The Phoenix Arts Club. Expect songs from the show, as well as many of their favourite tunes.

Tickets are available here costing £20 for the show or £35 for a virtual meet and greet with the two after the show.